When the coastguard was alerted about a strange vessel that had washed ashore in County Mayo in Ireland, no one could have expected what they were about to find. The unique, handmade wooden contraption had floated all the way across the Atlantic from Canada, and had locals wondering about how it got there.

Unusual items getting washed ashore is a common thing of course. But in the fall of 2016, officials were dumbfounded at the contraption that turned up. It was a wooden houseboat built on polystyrene, about 20 feet long and 10 feet wide, with solar panels on its roof. There was no one aboard.

All things considered, the ship was in remarkably good shape, though it was filled with debris and had seen some wear and tear.

Inside the houseboat, there was a mysterious handwritten message scrawled on the wall, which the previous owner apparently wrote. It read: “I, Rick Small, donate this structure to a homeless youth to give them a better life that Newfoundlanders choose not to do! No rent, no mortgage, no hydro.”

What puzzled authorities the most was the seeming likelihood that this solar-powered wooden contraption had made its way all the way from Canada.

“To think this apparatus could have come all the way across the Atlantic Ocean,” Michael Hurst, an officer of the Ballyglass Coast Guard Unit, told ABC News, “[is] quite something.” 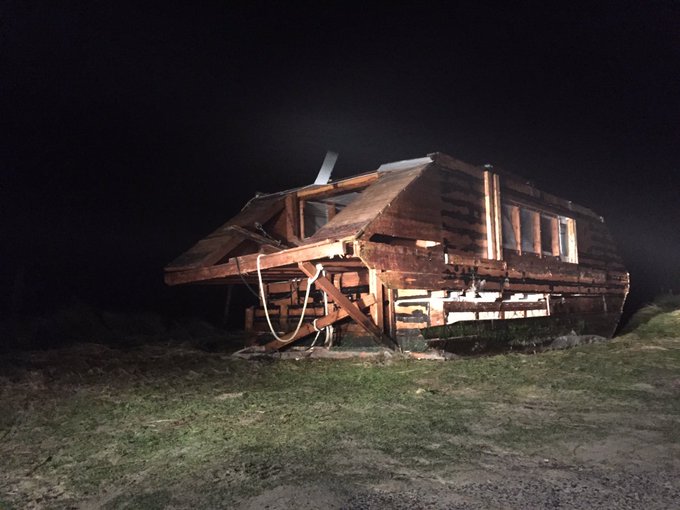 As the mystery of the boat’s origin unraveled, it was discovered that the boat’s builder was Rick Small, a Canadian environmentalist from Thunder Bay, Ontario. Small had only a year prior made headline news in Canada when he rode a solar-powered bike from British Columbia to Newfoundland. That is a distance of 7,000 kilometers (approx. 4,000 miles).

Hurst stated, per ABC, that several residents from Newfoundland contacted County Mayo officials with recollections of having seen Small back in 2015 with the houseboat. One such resident, Timothy Legrow, not only sent a picture of the boat parked at his local docks but also recalled a conversation he had had with the owner. The man had told him that Small was planning to cross the Atlantic with the wooden boat. “He told me his plan was to take the boat and prove that solar power could sail it across the Atlantic,” said Legrow, per an ABC report.

After being recovered, the boat was taken inland, where it was to stay and wait to be claimed by its owner. But authorities didn’t think that was likely to happen. “From the message inside, he likely abandoned that idea and just left the boat on a dock for homeless people,” Hurst told ABC News.

“It probably broke off and somehow made its way across the ocean to here.”

But it still remains a mystery how the boat managed to cross such an enormous distance without a crew and arrive on the Irish shore intact. The vessel had been weatherproofed with tar, and according to one local, was “well made.”

Hurst did reveal plans to repair and turn the contraption into a tourist attraction if its creator never claims it. “If it pans out this way, and if Rick Small doesn’t actually require the vessel back, they may use it locally as a tourist attraction and restore it to the best of their ability,”