Irish Prime Minister Leo Varadkar warned Donald Tusk he'd get "terrible trouble in the British press" for saying there was "a special place in hell" for some Brexiteers.

And the papers have delivered.

"To hell with EU" is the Sun's message to the European Council president.

"We knew one of the EU's leaders is a staggering drunk - turns out the other is a staggering fool," says the paper in its editorial, which concludes that "these sneering, sniggering goons are exactly why we voted as we did on June the 23rd, 2016".

"Eurocrat from Hell" is how the Daily Mail describes Mr Tusk. "What a time to be indulging in gratuitous mud-slinging," says the paper, adding that "such incendiary language, at this crucial moment, risks sabotaging an 11th-hour deal over the Northern Ireland backstop".

A Bob cartoon makes clear the Daily Telegraph's distain for Mr Tusk. It shows him being escorted down a staircase by the devil, who tells him: "Our deepest, foulest pit is reserved for smug little hypocrites."

The Times offers a more sympathetic interpretation of his remarks. This "spasm of frustration at the British political class" came from the heart, writes the paper's Brussels correspondent Bruno Waterfield.

Mr Tusk, he adds: "Speaks as the representative of 27 EU leaders...who knows the extent of deepening despair at the incoherence of British politics."

The Guardian takes a different approach, asking: "If he's right, who is most likely to end up roasting in the eternal fires?"

It goes on to rank the most likely candidates. Ex-foreign secretary Boris Johnson gets the highest rating, for promising voters what the paper describes as "sunlit, unicorn-rich uplands" after Brexit.

Another whose chances are fancied is the former Brexit secretary David Davis, who it says "promised no downside" to leaving the EU. 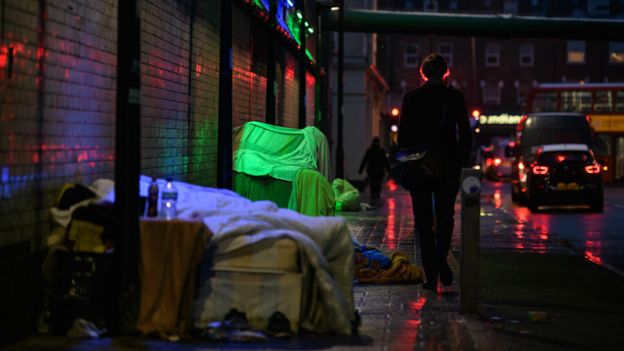 The Daily Mirror dedicates seven pages to what it calls the "national scandal" of Britain's homeless.

Its reporters from across the UK have written moving accounts from people living on the streets. Among them is a woman from Northampton who says her unborn baby died because of the freezing conditions, and a builder from Cardiff who lost his job as a roofer when he broke his back.

In its editorial, the paper pins the blame for high levels of homelessness on "a government which has stopped caring". Communities Secretary James Brokenshire tells the paper that "ending homelessness in its entirety is his priority".

The "i" reports on a "smear test revolution" it says is set to save thousands of lives.

The paper says research suggests a new more accurate screening regime, being rolled out by the NHS, could cut the number of women being diagnosed with cervical cancer by a fifth.

The Daily Express explains that the new method - which involves testing for the human papilloma virus - was found to be 50% more effective at detecting abnormal cell growth then current methods. 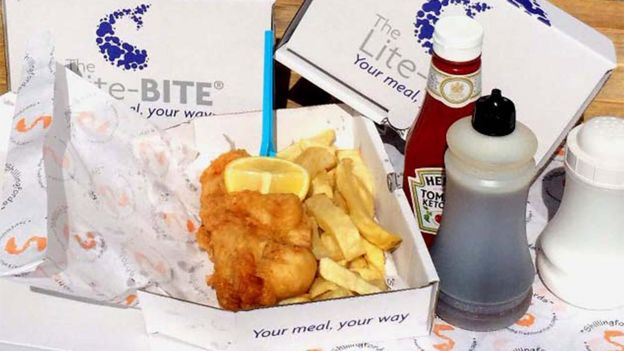 Several papers report on the success of new, smaller portions of fish and chips - which have even been touted as a food of choice for dieters.

"Fish and chips can be enjoyed without your waistline taking a battering," reports the Daily Mail.

Researchers at Newcastle University found the new "Lite-Bite" boxes, which contained only around 600 calories, went down well with customers during trials in the north of England.

But the Sun isn't impressed. "Cod help us!" cries its headline... "now do-gooders are cutting our fish 'n chips".