A nine-year-old boy was left screaming for help from on top of an air conditioning unit eight floors up after he crawled outside to escape a blaze in Russia.

The youngster, who has only been identified as Denis, was heard screaming 'mama, mama help me' - but his mother, Natalia, had left him home alone after school.

One resident of the apartment block in Samara city said 'his screams broke my heart'.

Choking on the smoke, Denis was forced to climb outside an open window after failing to open the flat's outer door. 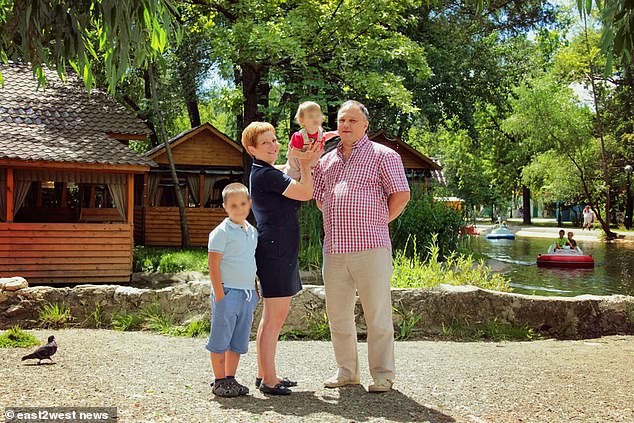 Terrifying video footage shows the boy crouching on top of the air conditioner and desperately clinging on to the window frame. The boy's training as a climber may have helped him as he battled against falling.

Anastasia, who saw the blaze, said: 'The boy was home alone. The fire was very strong, flames were coming outside from the balcony.

Firefighters first attempted to raise a ladder up to the boy, but it got stuck in trees next to the block.

Eventually, rescuers made their way into the flat and pulled Denis to safety. 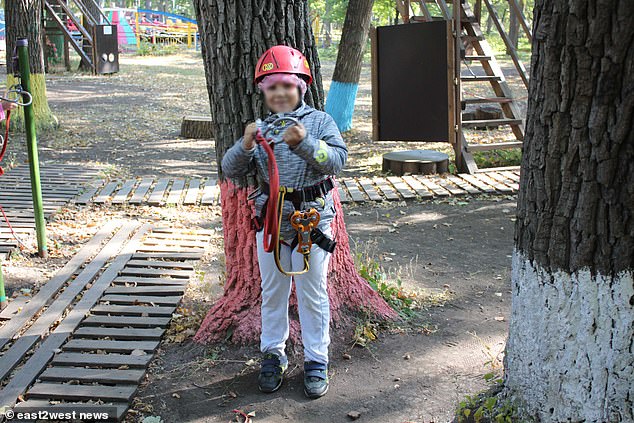 Firefighter Evgeny Gulyaikin said: 'My partner and I rushed to the bedroom where the boy was outside the window.

'He saw us, I grabbed him tightly. I was so afraid to drop him - the height was eight floors.

'I brought him in through the window. I immediately took him out of the apartment block and handed him to medics. The boy, of course, was in shock.

'And for us it was very worrying.'

After being alerted to the fire, the boy's father had rushed home and let rescuers into the flat.

Anastasia added: 'His parents arrived at the same time as the firefighters. Thank God, the child is okay, just very scared.'

Denis was hospitalised after suffering serious smoke poisoning in the blaze, and his mother rushed to his bedside. It is believed the boy's parents were at work when the fire started.

In total, 31 residents were evacuated from the burning block. Some 67 firefighters were involved in extinguishing the fire.