A third man has been arrested in connection with the murder of teenagers Dom Ansah and Ben Gillham-Rice at a house party in Milton Keynes last weekend.

Thames Valley Police have confirmed that a 27-year-old man has been taken into custody in suspicion of conspiracy to murder.

Charlie Chandler, 21, was charged with two counts of murder and two counts of attempted murder after the deaths at a house party in Milton Keynes, Thames Valley Police have said.

A second man was then charged with murder at the house party. 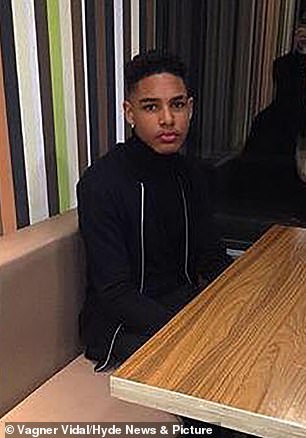 Ben Gillham-Rice and Dominic Ansah died after the attack that took place just before midnight on Saturday when knife-wielding gatecrashers are said to have covered their faces and invaded a birthday party at the £600,000 home.

It was understood that a fight broke out inside the house party and that the pair were fatally stabbed in the ensuing melee.

One of the boys died at the scene and the other in hospital.

A 17-year-old boy and a 23-year-old man were also hurt and were taken to hospital with serious but not life-threatening injuries.

A second suspect, 22, has also been arrested on suspicion of murder and attempted murder in connection with the attack.

He remains in police custody. 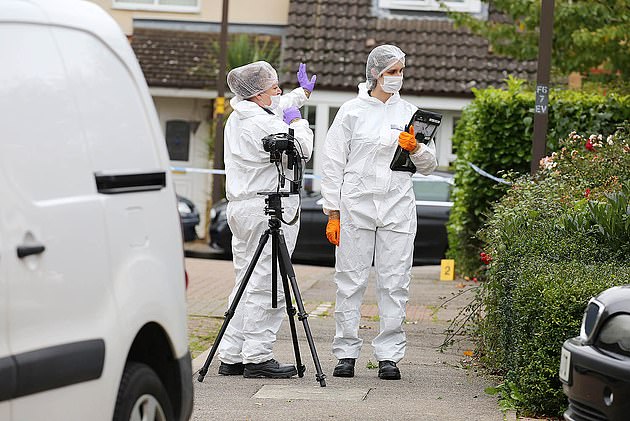 Two tearful cousins of one of the boys attended the site of the killing to lay flowers on Sunday.

One of the cousins, who did not wish to give her name, said: 'He's come here with his long-time best friend since childhood, comes to a party and both of their lives just got ripped away from them.

'He was just so respectful to, like, his family and friends. Many, many people's hearts are broken.'

One neighbour said she heard a 'commotion' involving screaming, shortly before midnight, but did not see what happened.

She added: 'The police were here pretty quick.

'Charlie Chandler, aged 21, of Fitzwilliam Street, Bletchley, has been charged today with two counts of murder and two counts of attempted murder.

The charge is in connection with an incident in Archford Croft, Emerson Valley, Milton Keynes at 11.59pm on Saturday, when officers were called to a report of a stabbing.

'Two 17-year-old boys who have been formally identified as Dom Ansah and Ben Gillham-Rice sadly died.

'Two other males, a 17-year-old boy and a 23-year-old man, also suffered injuries as a result of this incident and are recovering.

'Chandler is due to appear at Milton Keynes Magistrates' Court tomorrow.

'A 22-year-old man, from Milton Keynes, has also been arrested on suspicion of murder and attempted murder in connection with this incident.

'He remains in police custody.' 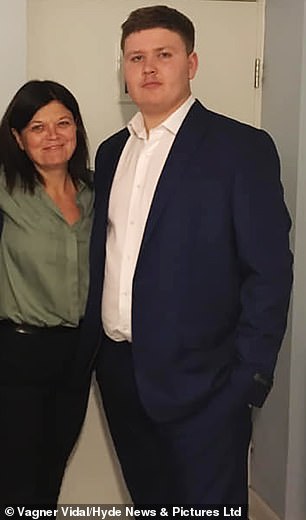 Following the attack, Police increased stop and search powers in part of the town with a Section 60 order ahead of a fair and fireworks display scheduled for Sunday.

He said: 'This is a precautionary measure, and I'd like to reassure people that the fair remains a safe event to attend, and that the section 60 order is simply being put in place to help us prevent disorder from occurring.

'As a large local event, a policing presence was always planned for the fair but we are increasing the number of officers attending in order to ensure our enhanced powers under Section 60 can be put into place.'

Mr Metcalfe added police expect to carry out a large number of searches during the event.