CHICAGO – A Chicago police officer and two hospital workers were killed Monday by a gunman who carried out a grisly assault at a city hospital.

Police identified the fallen officer as Samuel Jimenez, a young cop with less than two years with the department. Hospital officials said emergency room doctor Tamara O'Neal and first-year pharmacy resident Dayna Less were the other victims in the afternoon shooting at Mercy Hospital on the city's South Side. The shooter, who has not been identified, also was killed in the incident. He was previously engaged to O'Neal, according to family members who spoke with reporters.

Mayor Rahm Emanuel called it a devastating moment for a city that for years has endured daunting levels of gun violence. It was a bleak end to a day that started with the city celebrating the graduation of the newest class of 88 police officers and the promotion of 275 newly-minted detectives, sergeants, lieutenants, evidence technicians and field training officers.

“The city of Chicago lost a doctor, a pharmaceutical assistant, and a police officer all going about their day, all doing what they love,” Emanuel said. “This tears at the soul of our city.”The top prosecutor for the Chicago area, Cook County State's Attorney Kim Foxx, called the violence at the hospital senseless.

“The violence that occurred today at Mercy Hospital is horrific,” Foxx said on Twitter. “The County mourns the victims who lost their lives, including CPD Officer Samuel Jimenez for making the ultimate sacrifice to save the lives of others. May we uplift the families of those harmed and our city.”

Police Superintendent Eddie Johnson said the incident was spurred by a domestic altercation that started outside the hospital between the gunman and O'Neal.

An acquaintance of O'Neal arrived at the scene, and the gunman lifted his shirt, displaying a handgun before shooting at O'Neal, Johnson said.

Less, the pharmacy resident, was shot as she walked out off an elevator, Johnson said.

"That woman got off an elevator and was shot, why?" Johnson asked.

Patrick Connor, who is head emergency medicine at Mercy, said O'Neal, 38, who grew up in nearby Portage, Indiana, was "simply one of the most fascinating, hard working people." Less, a recent graduate from Purdue University, had been at the hospital since July, Connor said.

Johnson said it was not clear if the gunman was killed by police gunfire or a self-inflicted wound.

Steven Mixon, an emergency room clerk, told the Chicago Tribune that he was waiting outside the hospital for an Uber when he saw O'Neal “being harassed by some gentleman." He said she waved to him to come to her.

Mixon said he didn't make it to her before the gunman began shooting.

“I guess it wasn’t my time to go because if I had made it to her, I would have been dead too,” Mixon said.

Jimenez, who was married and a father of three, had just ended his required probationary term with the department.

Another officer was hit by a bullet in his holster during the chaotic exchange but was not seriously injured, police said.

“Today, the Fraternal Order of Police lost a valued brother — a courageous police officer who got up this morning, went to work and wanted to protect the city of Chicago,” Graham said. “He did just that, but he did so with his life.”

Johnson said he was certain the police’s quick response saved many lives. Jimenez and his partner were not assigned to the call but responded anyway.

“There is no doubt in my mind that all those officers who responded are heroes,” Johnson said.

Steven White, a patient at the hospital who had been waiting to be discharged, said the shooting started near the emergency room entrance.

“It was, 'Pow, pow, pow,' '' said White, who was treated for dehydration at the hospital.

White said he could see through the window the woman lying on the ground.

"You see stuff like this on TV, but to see someone so coldhearted,” White said. “It was like he had no remorse.”

The gunman ran into the building, and a police officer chased him. As bystanders took cover, White said, he heard the gunman fire at least six shots. 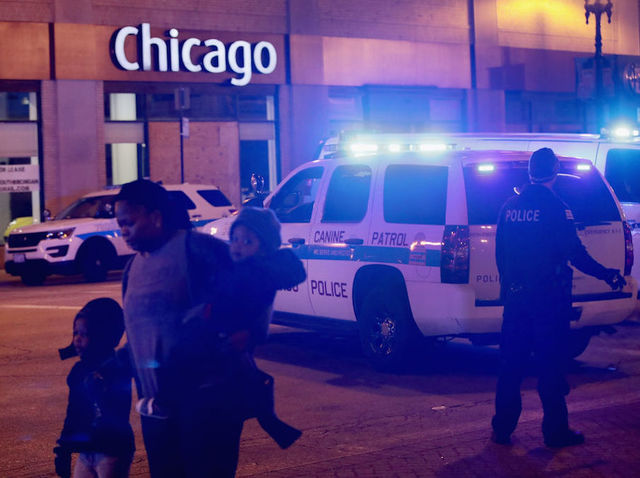 Pharmacist Joan Fortune said she and colleagues were talking to a patient near the emergency room entrance when the gunfire erupted.

“We heard more gunshots and arguing,'' Fortune said. “We stayed barricaded for about 30 minutes until the police (arrived), and we ran out a back (exit).”

Monique Hubbard, a technician in the pharmacy, said she heard several gunshots before and after she and others barricaded themselves.

“At one point, we could hear him shake the security shutters,” Hubbard said.

"A hospital should be a safe place," Connor said. "Every shooting in America is a tragedy. It is a national tragedy. It is especially senseless when a shooting occurs in the healing space of a hospital."

Jimenez was the second Chicago Police officer to be slain in the city in 2018, and the 48th officer shot and killed in the line of duty across the country this year,  according to the Officer Down Memorial Page, which tracks such deaths.

In February, Cmdr. Paul Bauer, a veteran of more than three decades in the Chicago force, was fatally shot while confronting a man who had run from police officers, during an incident in downtown Chicago.

Mercy Hospital and Medical Center is a 292-bed surgical Catholic teaching hospital that was established in 1852. 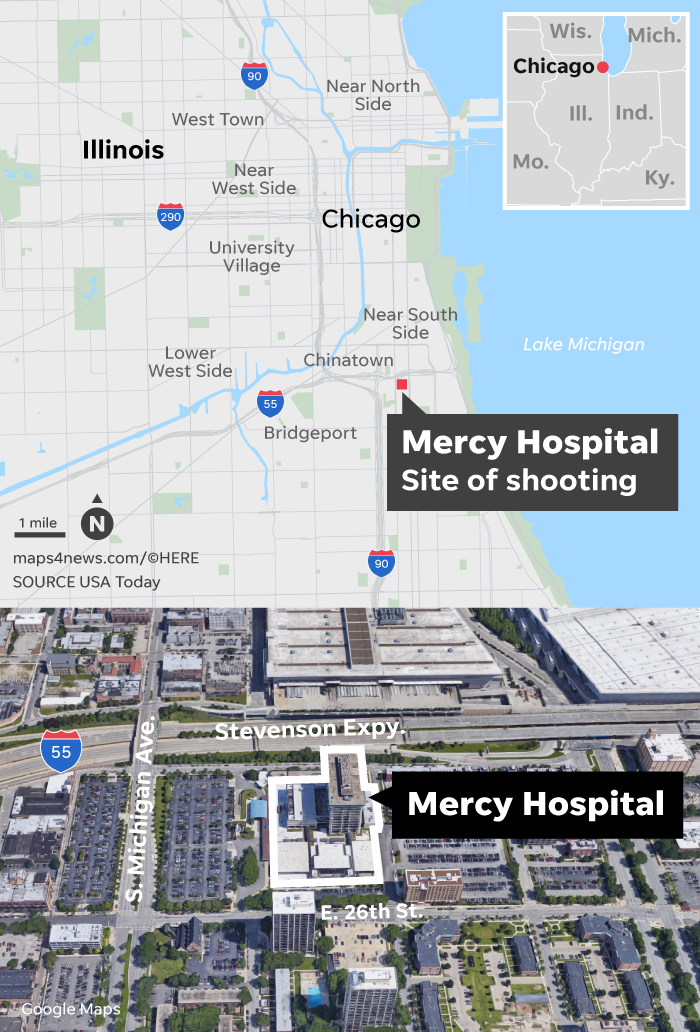