A Russian singer and actress is being treated for a head injury, broken nose and concussion after claiming she was 'attacked' during treatment on her lips by a female cosmetic surgeon.

Police are investigating after Valentina Sidorova posted a video showing her bloodied face.

She is now in a Moscow hospital but the surgeon, Dr Olesya Sokolan, has issued a counter claim that it was the patient who attacked her.

The extraordinary fracas in the surgical room came to light with the patient’s video in which she alleged: 'I'm in the clinic now. 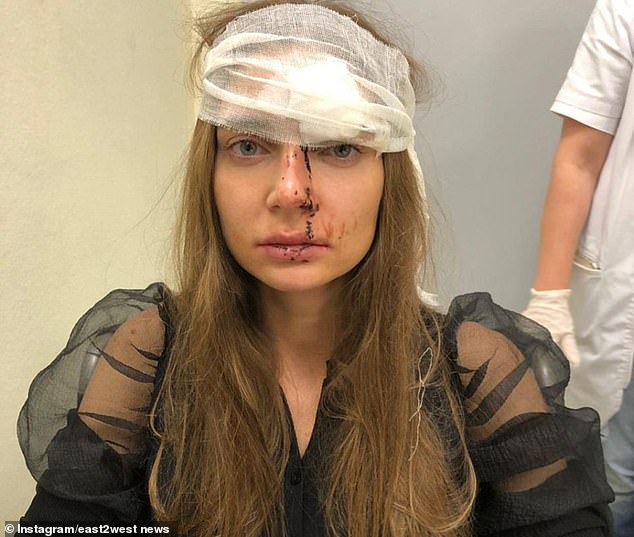 'I got beaten up by a doctor for videotaping (the woman doctor) punching me.

'She started hitting me in the face and head with my phone.'

Dr Sokolan did not initially comment on the incident but then accused the patient of behaving 'boorishly', swearing at her, then jumping on her.

The medic then said she reversed an earlier decision to do free corrective treatment for the patient after Sidorova was unhappy with the work of another linked clinic, she said.

She accused Sidorova of using 'obscene words..and provoking me' using her camera, and 'rushing' at her which caused her to fall causing concussion and an abdominal injury when she was in the early stages of pregnancy.

Sidorova, who had gone to Dr Sokolan, 34, to 'correct' her 'asymmetrical lips', gave a different account.

The patient alleged the doctor was using an unbranded substance to inject into her.

'I asked why there was no official box and brand identification marks,' she said. 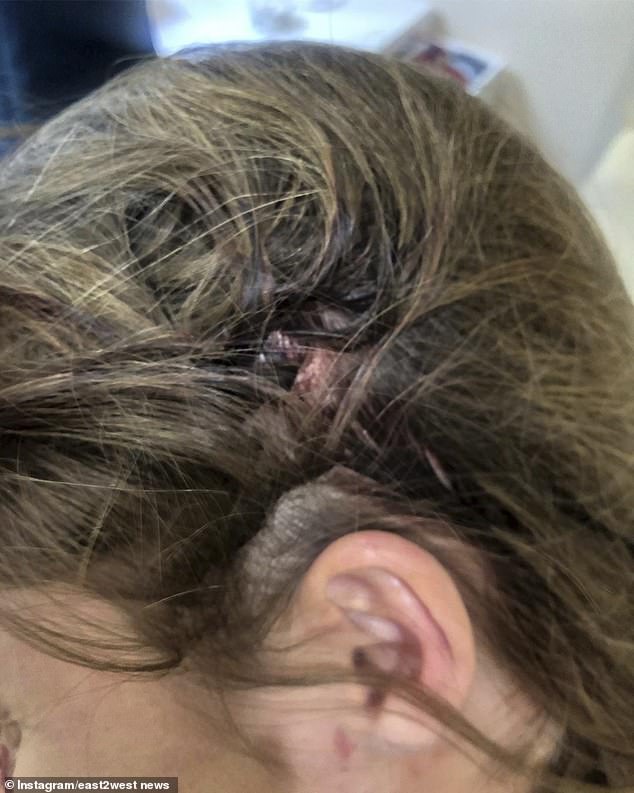 'To which she replied: ‘Either you trust the doctor or not.’

'I replied that I was seeing her for the first time and I would like to be convinced of the originality and quality of the drug, since I care about my health.

'To which I heard the rude words: ‘Get up and get out of here.’

Sidorova said she started video recording the argument on her smartphone .

The doctor 'suddenly pulled the phone out of my hands' and then used it to strike her, she alleged.

'The doctor hit me with strong and sharp blows to my head and face, nose, eye, and forehead.

'I started to feel dizzy.

'Sokolan tried to smash the phone against the floor.

'Then the administrators ran in.

'One held me, and the second tried to pull off the doctor, but she kept beating me on the back of the head.'

Sokolan then ran to hide in a utility room, and when Valentina went to reclaim her phone, she claimed the doctor tried to wedge her arms in the door. 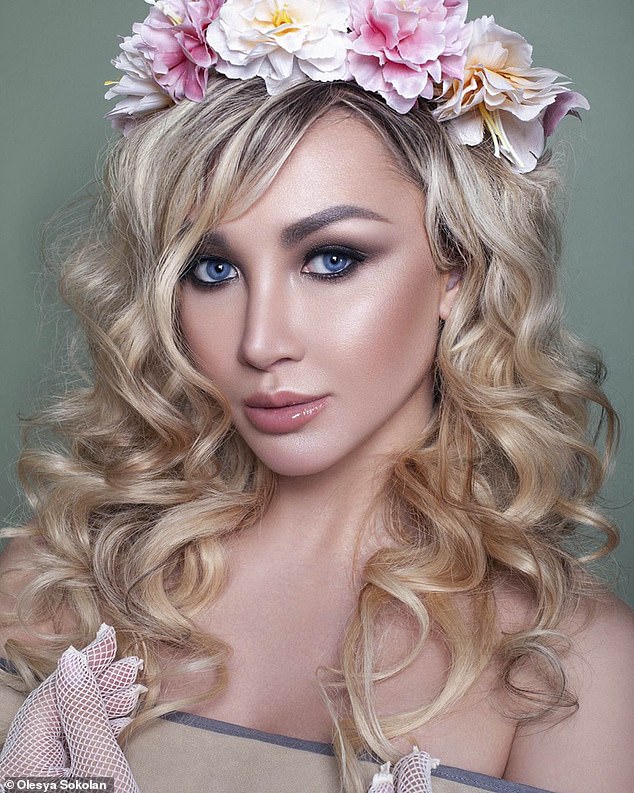 As other patients looked on, members of staff claimed - wrongly - that she was 'a crazy one from a mental clinic' urging them to ignore her.

She persuaded a patient to call her husband who then phoned the police, she said.

She filed a complaint to police and was admitted to Moscow’s Botkin Hospital where she was diagnosed with a a nose fracture, head injury and concussion.

'All those involved, the beautician, the administrators, and all the staff, will be punished'.

A friend of the singer actress Anna Nazarova told Peopletalk magazine that Valentia was 'terrified'.

'I cannot conceive how this could happen,' she said.

'Valentina has concussion, a head injury and a broken nose.

'She is still in hospital.'

She demanded that the plastic surgery clinic is held responsible.

Police are reported to be investigating the dispute.