A man who admitted battering his girlfriend to death with a crowbar has been jailed for life.

They said it was seen by two witnesses who were then chased by Topping as he wielded the crowbar, before he threw the weapon at a third person.

Topping, of Preston, was ordered to serve a minimum of 20 years.

Police said Ms Darbyshire was found on a pavement in the early hours of 7 February "beaten beyond recognition".

She suffered severe head and facial injuries from at least 50 separate blows, said police. She also had injuries to her arms and hands from trying to defend herself. 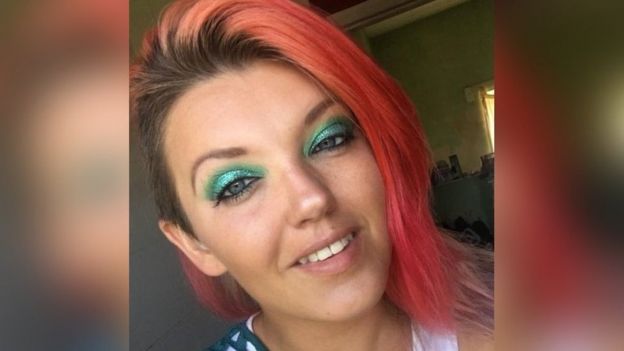 Det Ch Insp Geoff Hurst from Lancashire Police said: "This was a senseless murder where a talented, defenceless young lady needlessly lost her life in the most appalling way.

"Ben Topping is a dangerous individual who attacked Rosie with such savagery, she was unrecognisable and died almost straightaway.

"He has left a nine-year-old boy without a mother and a family who will never be the same again."

"No sentence will ever feel enough to show the value of Rosie's life and the loss we feel," they said in a statement.

"We want to thank the police involved in Rosie's case and the prosecutor. They have treated the case, us as a family and Rosie's memory with invaluable respect and dignity.

"Now we are no longer stuck in limbo we will try to live our new reality and ensure that Rosie's son lives a happy life and will always share memories of his beautiful mum."

The case has been referred to the Independent Office of Police Conduct (IOPC) as "standard practice" because Lancashire Constabulary had been in contact with Ms Darbyshire prior to her death.