A proud father has told how his brave 14-year-old son rescued four men from drowning as a powerful rip swept them out to sea.

Barry Schilg, his son Clayton and their family were holidaying at Wooyung Beach on the New South Wales north coast on Thursday when trouble struck.

Clayton had popped down to the beach with his mate about 2pm when his father's phone rang at the nearby caravan park. 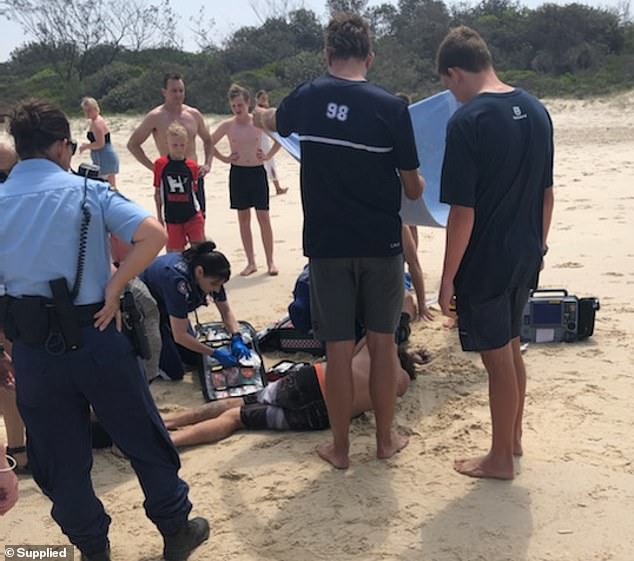 'His mate Harry said, "we've got some people in trouble and Clay's gone in to help",' Barry said.

The worried dad searched desperately for another camper with a surfboard who could head out into the swell to help his son.

Little did he know Clayton, a nipper at Tweed Heads Coolangatta Surf Club, already had things under control.

Seven people were getting swept out to sea by a powerful tide when Clayton grabbed a tattered old emergency board from the beach and headed into the surf.

'There was five people together in one group and one guy was in a bad way,' Barry said.

Clayton reached the men but the situation was so panicked 'one of them tried to grab him and pull him under'.

Surf life savers are often warned people in drowning situations can panic and accidentally sink the people coming to rescue them. 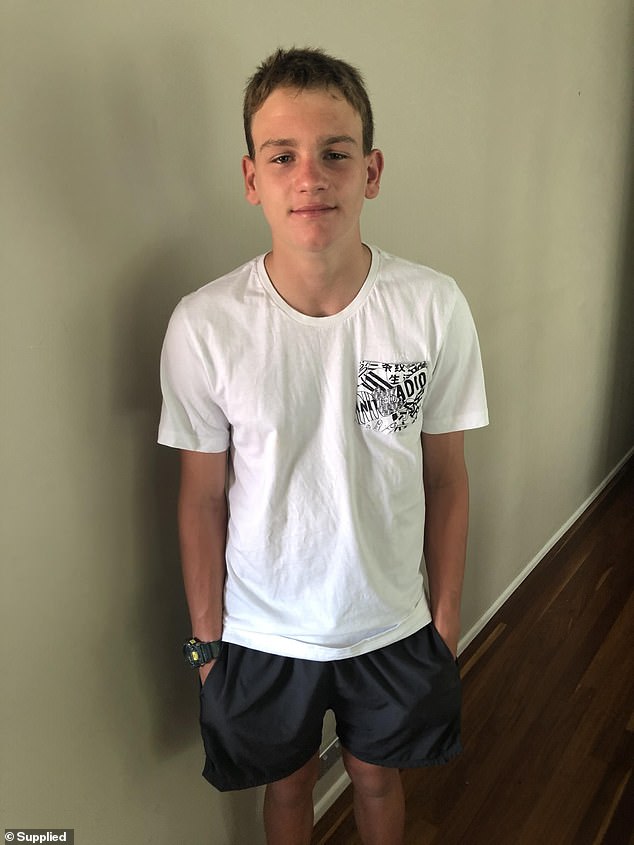 Clayton helped four of the men to shore on the board.

Once he reached a sandbank, he paddled the three most exhausted men, said to be aged in their 20s, in entirely by himself.

Clayton put him in the recovery position and a registered nurse staying at the caravan park later helped keep him conscious.

Mr Jeffrey, from Portarlington, Victoria, later told Clayton he was 'within a minute' of giving up.

Mr Jeffrey's girlfriend, Christine Campbell, said Clayton was 'the hero of the day.

'He took control of the situation. He saved Ben's life. He took in four of them.

'I've never actually encountered a young man that took charge like that.

"He needs an award, he needs a medal.'

A NSW Ambulance spokeswoman confirmed three crews were called to the remote beach.

Paramedics stabilised Mr Jeffrey and he was taken to Tweed Heads District Hospital. 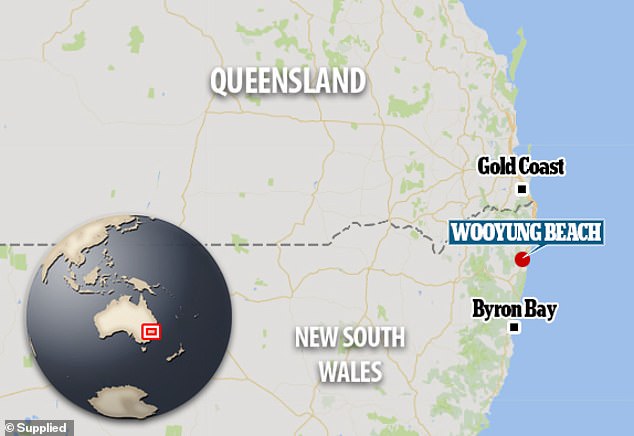 Police who attended the scene have reportedly suggested Clayton could be nominated for a bravery award.

But his father's just glad his son - and those he rescued - are all safe.

'It was exciting for our last day of holidays,' he laughed.