Bhutanese twins Nima and Dawa have left a hospital as individual 'cheeky' girls,  weeks after life-changing surgery to separate them.

The 15-month-old sisters, who had spent their lives joined at the torso, left Melbourne's Royal Children's Hospital in a pram on Monday with their mum Bhumchu Zangmo following the successful surgery on November 9.

Lead paediatric surgeon Dr Joe Crameri said the girls were recovering well, but there was no date set for their return to Bhutan.

'The twins have made an excellent recovery and they are now starting to act independently and move around,' Dr Crameri said on Monday. 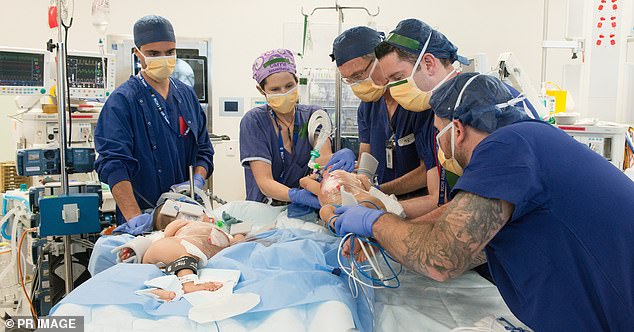 'I was pleased to see they were somewhat smiling.'

He said the staff had seen the 'two remarkable girls' transform since becoming independent.

'Girls who started off really attached and bonded to another, but ultimately frustrated with one another,' Dr Crameri said.

'We saw them became incredibly anxious after the surgery once they knew their other twin was not immediately in front of them.

'Over the last couple of weeks, we have seen them gain confidence, gain independence and gain a lot of strength.'

Dr Crameri says being able to stand will be a 'work in progress' for the girls as they build up strength and balance.

While they are yet to form full words, Dr Crameri said The Wiggles signature finger move had become their favourite while in hospital. 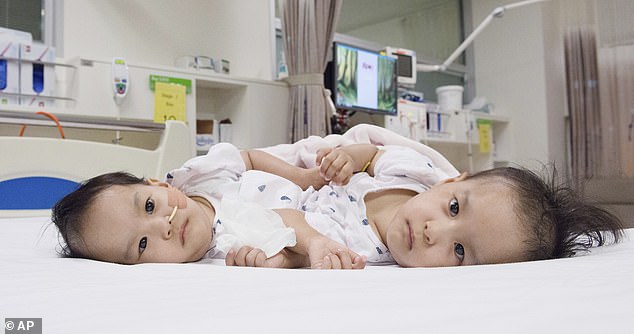 'They are cheeky. Dawa has turned on me. I thought she was going to be eternally grateful to me for getting her sister off her but she just seems to get grumpy with me,' he joked.

'When they are comfortable in their own space, they are very cheeky. They like to replicate The Wiggles.'

Jigme Singye Wangchuck wrote: 'The successful surgery has made it possible for Nima and Dawa to enjoy a happy and meaningful life in Bhutan'.

The girls will to travel regional Victoria with their mother to the Children First Foundation's Kilmore retreat to continue recovering, before returning home to family. 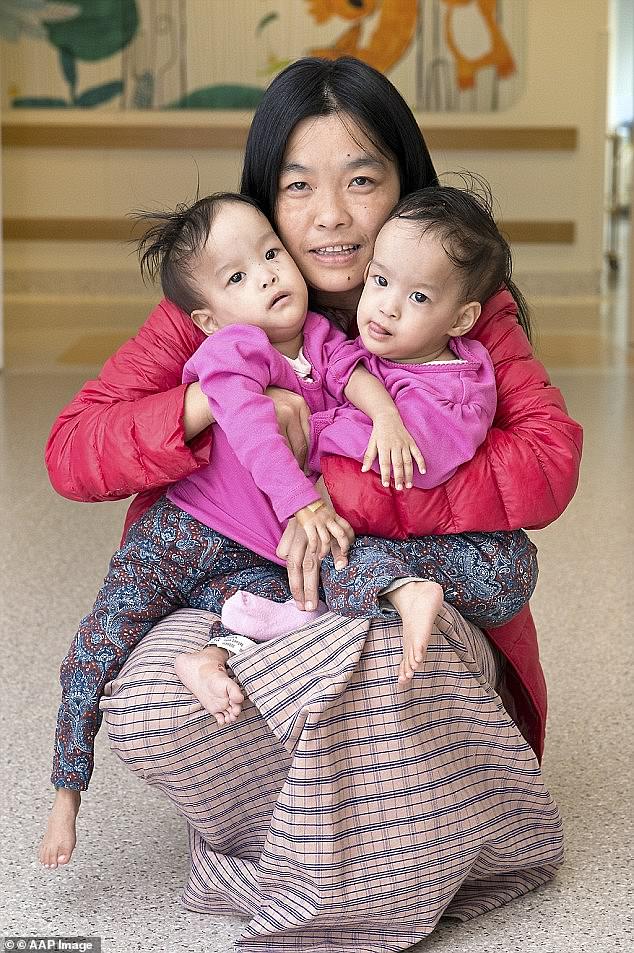 'What the two girls need is stimulation of other children being around to challenge them, to give them interest and that will do wonders for the girls,' Dr Crameri said, noting one more wound check and a review was expected.

As Ms Zangmo wheeled her daughters out of the hospital, she paused to give thanks in English: 'Thank you, everyone.'