Paxex Forum / Entertainment / Events / Teenage girl, 17, who was told she would never be able to travel after an accident left her in a coma triumphs over the odds to attend friend's Mexican wedding

Teenage girl, 17, who was told she would never be able to travel after an accident left her in a coma triumphs over the odds to attend friend's Mexican wedding

A teenage girl who went into cardiac arrest in a locked bathroom and had her brain starved of oxygen has overcome her near-death experience to live the life she always dreamed of.

Jessica Cofield was 17 when she began to feel tired all the time and struggled to breathe.

The Melbourne woman, now 20, initially thought she was suffering from asthma, given her family's long history with the illness.

However she became concerned enough that she went to a hospital to undergo tests to find out the cause of her issues.

On the first night in hospital she went to the bathroom, strapped up with heart monitors, and locked the door for privacy. 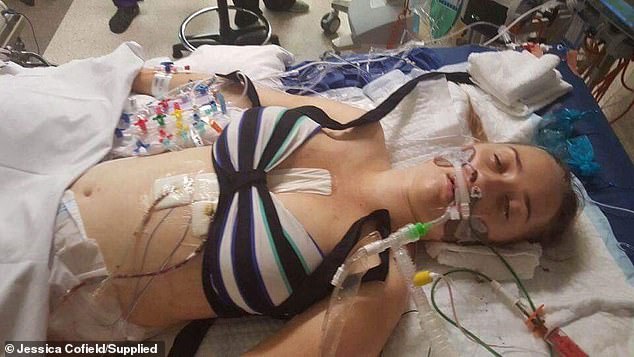 Ms Cofield then went into cardiac arrest and hit her head as hospital staff desperately tried to get into the bathroom - and she went 15 minutes without oxygen getting to her brain.

'When I was in the induced coma, the doctors and cardiologist didn't know if it was something I'd be able to wake up from, let alone make a full recovery,' she told Daily Mail Australia.

'I went 10-15 minutes without oxygen, and with each brain injury being different they weren't able to say how independent l'd ever be able to be.'

Ms Cofield said she didn't realise at first how much of a hardship her recovery would be - she believed within three months she'd be able to return to life as she knew it.

'When I started to wake up [from the coma] daily things would take me so much longer - like sitting up [in bed] would take 30 minutes and assistance from four people,' she said. 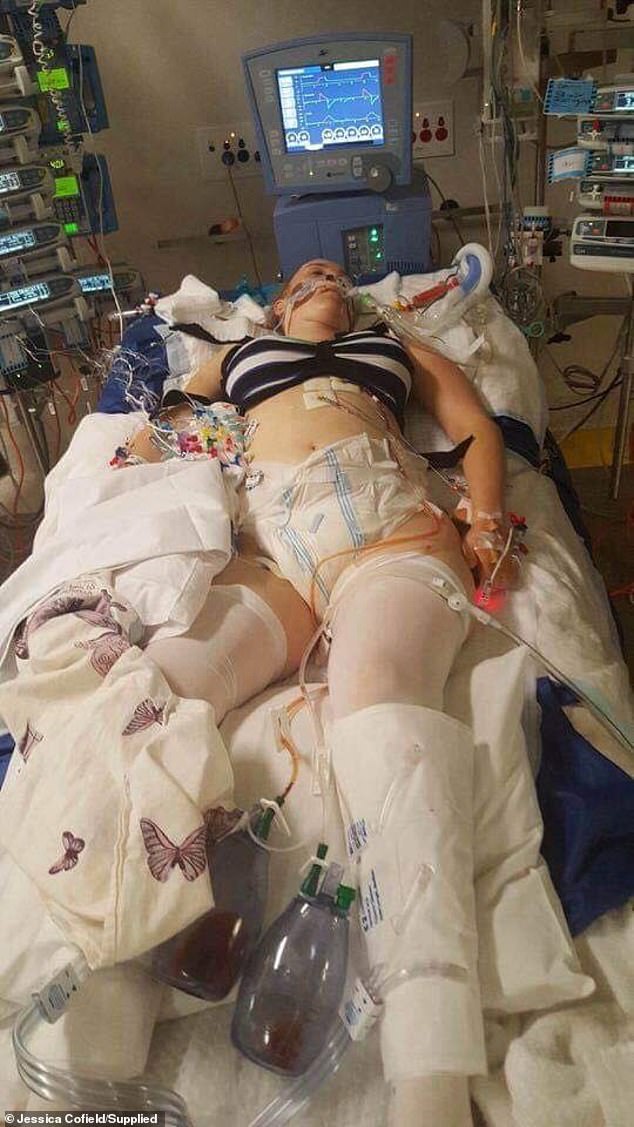 'It was really long, slow and hard. Everything I took for granted became more of a struggle. Nothing was easy.'

When she went home she thought she would be able to be more independent but even things such as lifting a kettle was a lot for her.

'After I got home, I was still so limited to what I could do. Mum was my backbone, she did everything I wasn't able to do myself - shower, make breakfast, close and open car doors.

'I was so tired of being so dependent on everyone around me. Even my 8-year-old sisters at the time were helping me do everything.'

Ms Cofield said when she was moving wards she asked her doctor if she would be able to go skydiving on her 18th birthday and travel, but both were firmly ruled out.

She said this discouragement led her to no longer take an active part in her recovery.

'For a while when I was in the hospital I gave up and stopped trying to get better. I didn't see the point to get better if there wasn't going to be a life to get better for,' she said.

'After weeks of not doing physio and not getting any stronger and asking visitors to stop coming - I just stopped trying with everything. 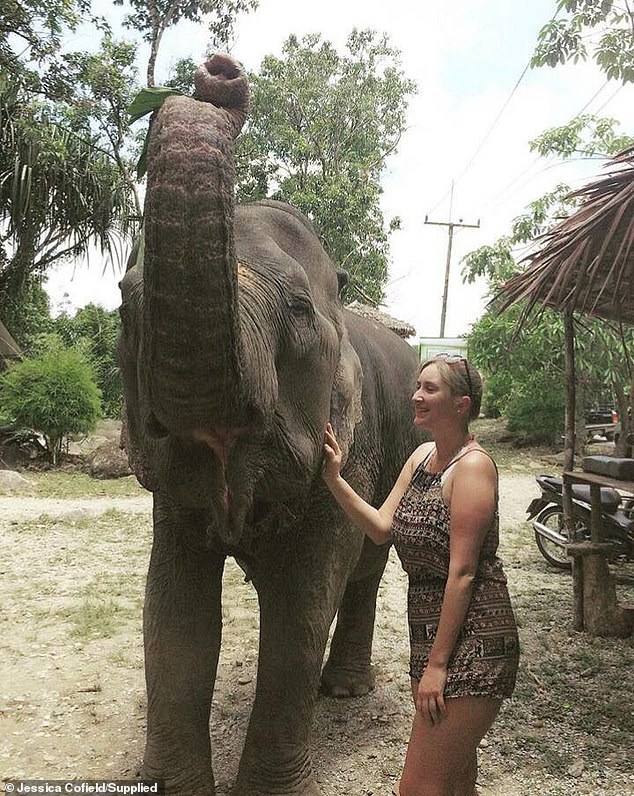 'After you get through that mental state of it is not worth it or you're not going to be able to do it anyway - you just need something to go for and look forward to that isn't a surgery or hospital visit.'

She said her friend told her she would be getting married in Mexico - and Ms Cofield was determined to go, now convinced she could lead the life she wanted.

'That's when I realised, I need to make that one day today, I never know when my last one will be,' she said.

'No more waiting for someday for anything to happen, I had to make this day happen myself.'

She began to relentlessly train - going to the gym, doing her physiotherapy and training her brain. Ms Cofield was determined to go and get her doctor to approve the trip.

She didn't talk to her doctor until the day before she was to leave for Mexico, scared she would say no, like she had done in the past.

But Ms Cofield got the tick of approval she wanted and was able to attend her friend's nuptials.

Ms Cofield said going through customs with her medication and defibrillator can be a difficult feat - she is unable to go through metal detectors and is forced to explain in the language of the country she is in.

'It never gets any less awkward - but one day I'm not going to be awkward about it,' she laughed.

Her future goal is to live in Europe - but she has a lot of hoops to jump through. 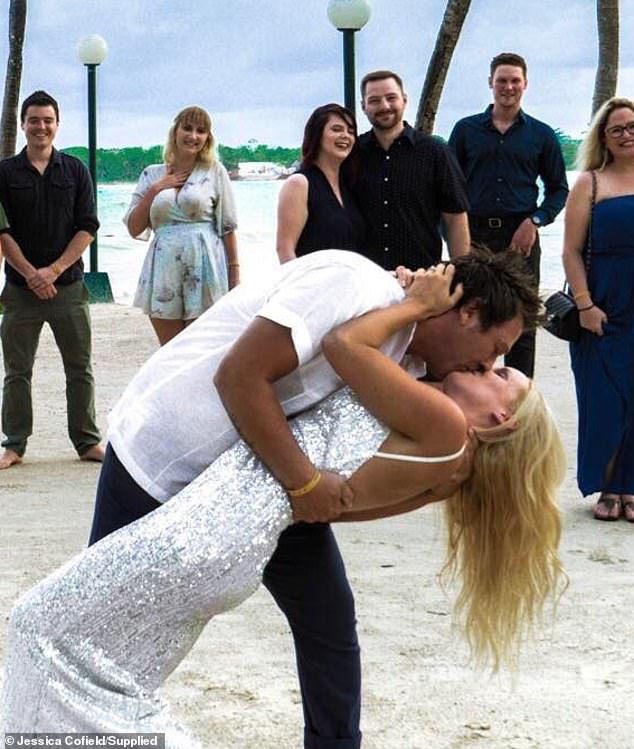 She said her heart needs to be monitored for at least a year to see how it interacts with the new medication she is on.

'I've got to accept the risk and trust doctors can access my files or they'll wing it and hope for the best.'