Teenager claims she almost died after taking the Pill

A teenager claims she almost died after taking the contraceptive pill caused her to suffer a stroke.

Lexie Nash, now 16, was sent home from school with a severe headache and neck pain in December 2017.

Doctors sent her away - but her parents rushed her to hospital 24 hours later when she was vomiting violently and had double vision. 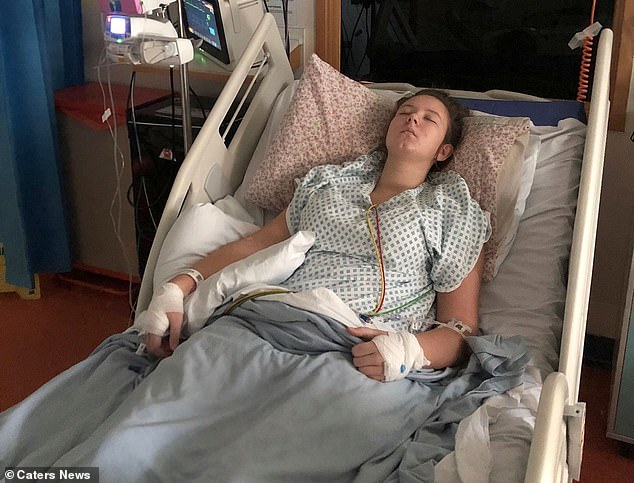 But a CT scan discovered the GCSE student, from Churchdown in Gloucestershire, had a rare form of stroke caused by blood clots in her brain.

Doctors told her parents, Caroline, 38, and Paul, 47, to prepare themselves for the worst as they battled to keep her alive. 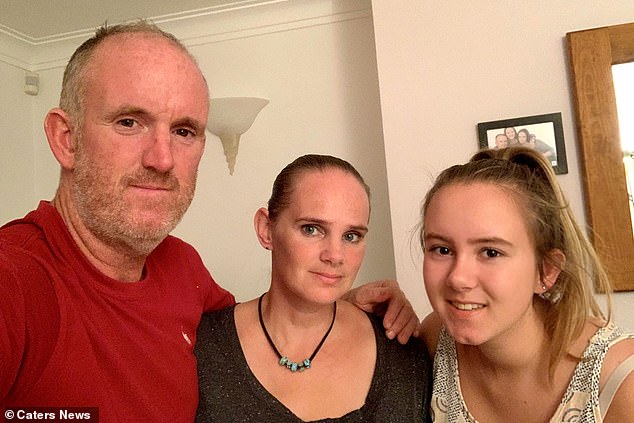 But after four weeks in hospital, Lexie recovered and was allowed home. However, she still suffers fatigue, headaches and slurred speech.

Lexie had been taking the contraceptive pill for nine months to control her heavy periods. She was taking a brand called Marvelon.

She said: 'I was advised to take the Pill to control my periods, but I never in a million years thought I could end up in hospital. 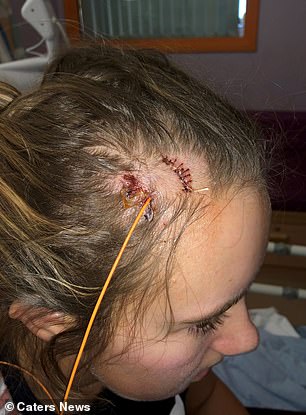 'When it all started, it felt like my head was going to explode so my mum picked me up from school and as the pain continued, she took me to out of hours.

'I had never had a migraine before, so I assumed, they were right when they sent us home, but the pain was getting worse.

'My mum and dad rushed me to the hospital again and I held it together until I noticed my dad crying and then I knew it must be bad.

'I had blood clots on my brain and down my neck and multiple haemorrhages (bleeds) behind my eye which had caused the double vision.' 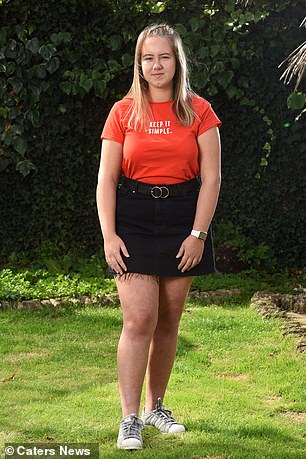 The NHS acknowledges taking the combined pill can raise the risk of a blood clot because oestrogen increases the number of clotting agents in the body.

But it says the risk is 'very small' and doctors will do tests to determine whether a woman is likely to develop a blood clot before prescribing them the Pill.

Lexie was unable to talk for four days, only being able to communicate with her parents by signalling her thumbs up or down.

Lexie suffered a cerebral venous sinus thrombosis, a rare form of stroke thought to affect about five people in one million each year.

It occurs when a blood clot forms in the brain’s venous sinuses, which keep blood from draining out of the brain.

Her intracranial pressure - a build-up of pressure around the brain - was five times higher than the average person's.

Left untreated, intracranial pressure can be life-threatening and causes blindness in up to one in five sufferers.

Lexie claims she still suffered headaches after she was discharged, prompting her to be admitted to Gloucester Hospital.

Doctors twice carried out a lumbar puncture to remove excess fluid from her spine to try and reduce the pressure - but both failed. 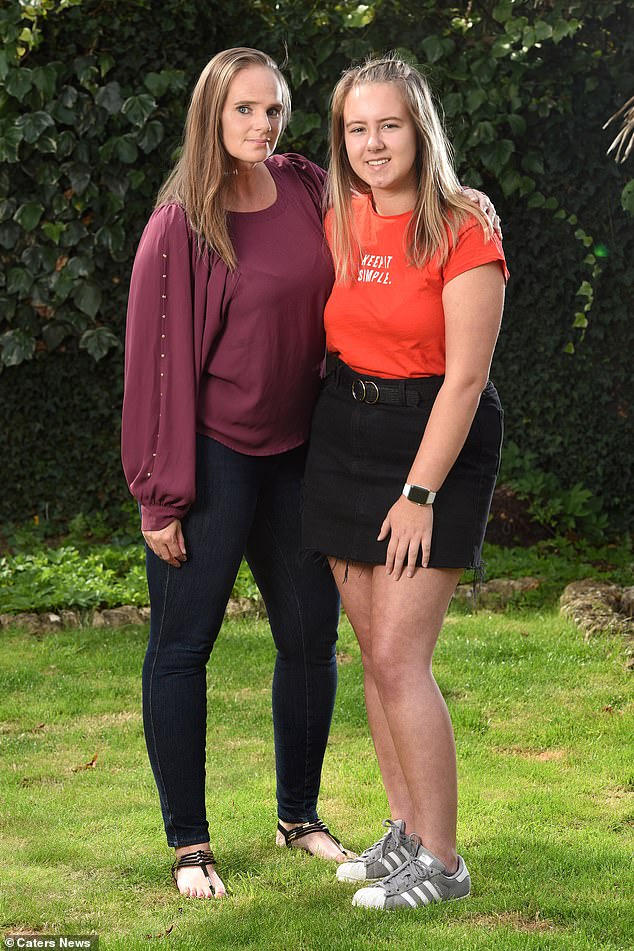 The procedure was successful on the third time. However, weeks later she needed four more lumbar punctures to tackle her rising pressure.

'After that it was decided it was getting risky performing lumbar punctures to often and I was put on medication to reduce the pressure,' Lexie said.

'Now, a year later I am still not 100 per cent, I suffer with fatigue and dizziness, short-term memory loss and I have problems with my speech, terrible head pains and body twitches.'

Lexie's mother, a teaching assistant said: 'I had a feeling it was more than a migraine as she was in so much pain.

'Her heart rate was dangerously low and blood pressure high, the CT scans showed that Lexie had a rare condition that we had never even heard of.

'I was heartbroken, I was so scared we might lose her. I was worried sick, I didn't think she would ever be the same again.

'When we were told to "be prepared" at the prospect of losing her I was scared and couldn't hold it together, it was a horrific experience.'

Mrs Nash added: 'I want all mums to always trust their mother's instinct and if something doesn't seem right, go straight to the hospital.

Lexie claims she was never warned by the doctors who prescribed her the Pill that blood clots are a rare complication.

Her mother added: 'I was furious when the doctor told me Lexie's clots were due to the Pill, I had no idea it could be this dangerous.' 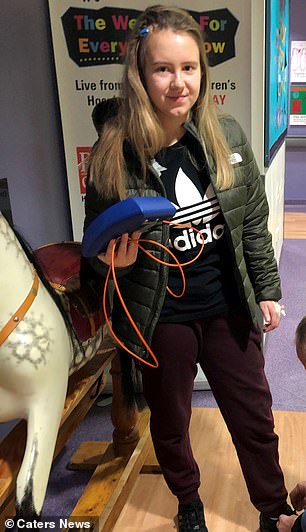 'It is licenced to be used as a contraceptive only. Its safety and efficacy was established in clinical trials in women aged 18 years and over.

'As with all medications, there can be side effects for some, and these are outlined in the accompanying patient information leaflet, which can be found in the Marvelon pill package.'

The firm added information in the package leaflet includes less common side effects such as blood clots, which are listed as 'rare'.