The Walking Dead's Jeffrey Dean Morgan and his wife Hilarie Burton provided a spark of romance at the season 10 screening of the AMC series in Los Angeles on Monday.

The Seattle native, 53, and the Virginia-born beauty, 37, embraced and kissed during red carpet entrances at TCL Chinese 6 Theatres.

The actor, who plays Negan on the AMC hit, donned a black suit with a collared olive green shirt.

The One Tree Hill actress wore a silk spaghetti strap top with a textured skirt with pearl-adorned strappy sandal heels, with her lustrous brown locks parted to one side and hoop earrings. 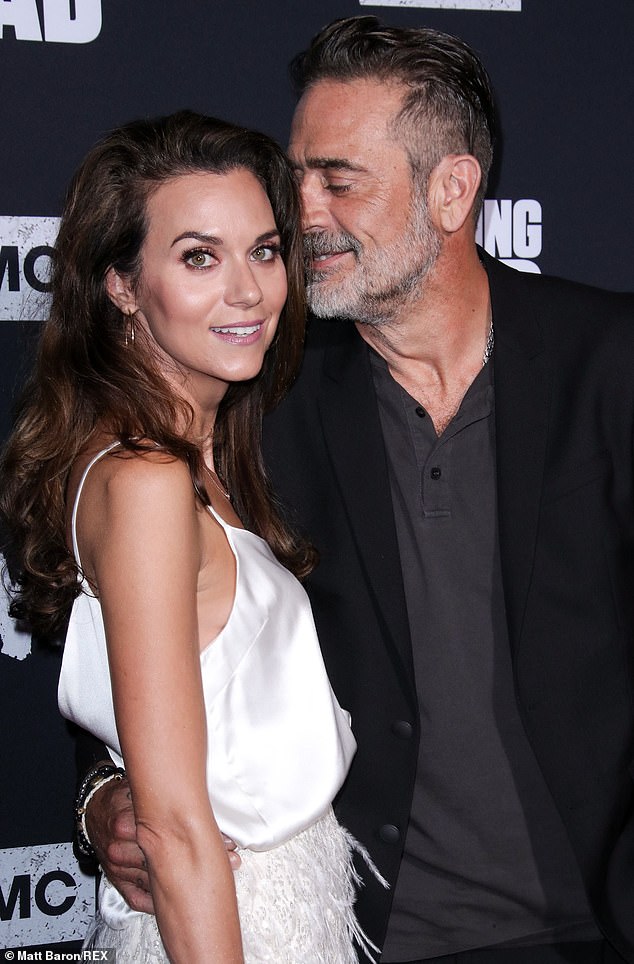 The New York-based couple, who share son Augustus Morgan, nine, and daughter George Victoria Morgan, one, were seen in an Instagram selfie with Morgan's TWD co-star Norman Reedus, as they made their way through the City of Angels on the first day of autumn

Burton, on her page, detailed the days goings-on, which included an unexpected surprise

With my dude in LA, doing a little bit of work and keeping him company while he promotes' The Walking Dead, she wrote, adding they stopped by the studio of designer Greg Lauren. 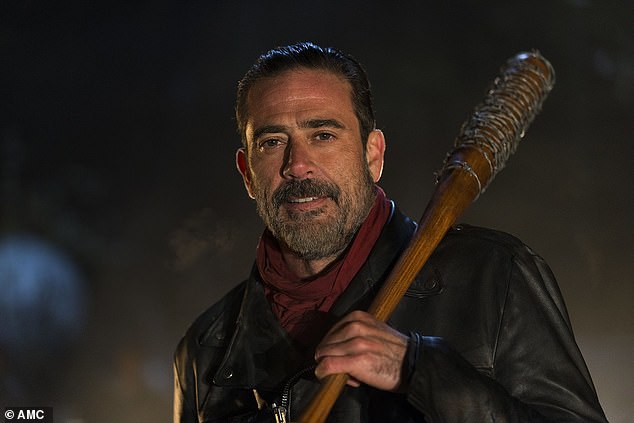 She said that Lauren gifted her with a jacket bearing a message her One Tree Hill character Peyton would say.

'That chapter of my life has a complicated history, but Peyton’s catchphrase ... has always stuck with me,' she said. 'So imagine my surprise and delight when Greg gifted me with this jacket. He had no idea the sentimental message this held for me.'