Paxex Forum / General / News / This Man Hasn’t Bathed In 60 Years, And That’s Not Even The Most Disturbing Part!

This Man Hasn’t Bathed In 60 Years, And That’s Not Even The Most Disturbing Part!

When we’re little kids, bath time can just seem like the worst—and we’ll do anything to get out of it so we can go back to playing. Thankfully, most of us grow up to appreciate the importance of personal hygiene. We learn that keeping our bodies clean can help us make good first impressions and help us form lasting friendships.

However, not everyone ever makes that leap. Embracing personal hygiene just isn’t in the cards for some people… like this man. Amou Haji hasn’t taken a bath in more than 60 years, and he isn’t planning to change his ways anytime soon. His reason for not bathing? He says it’s good for his health and has helped him live a very long life!

Meet Amou Haji, 81. He hasn’t taken a bath in over 60 years. Haji knows that he is covered in a thick patina of dirt, but he really doesn’t mind in the slightest.To Haji, being covered in dirt means that he is guaranteed to stay healthy and live for a long time 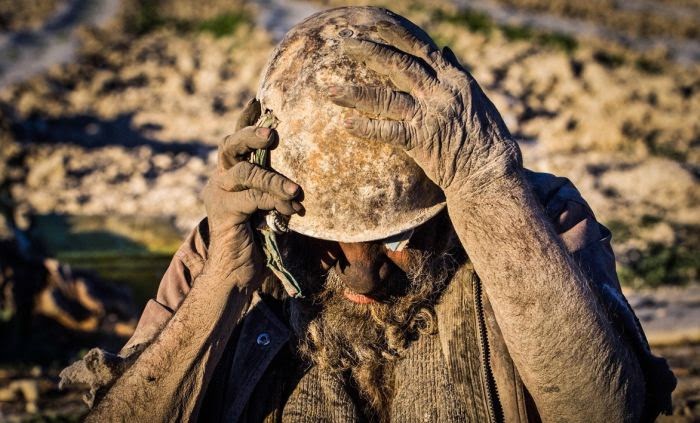 Amou Haji is from Iran, where he spent his whole life.He used to live a normal life in his village with his family until he began to believe that keeping clean was ruining his health.That was when he made the serious decision to leave his family and his village to embrace a filthier way of living in the pursuit of living a healthier lifestyle.

Now he lives on the outskirts of town. He sleeps in a hole in the ground or sometimes in the dilapidated shack a few locals built for him. It’s a relief to know that, even though he never lives in the village, the people there still look out for him this way.In addition to refusing to bathe or to live in closer proximity to other human beings, Haji also eats a very restricted diet. When you hear the details, you might be a little bit unsettled, but Haji swears by this absolutely unique (and a little nauseating) routine.

He feasts daily on carrion—the rotting remains of animals that have been killed by cars or have died of natural causes—and he smokes cigarettes given to him by passersby. When he runs out of cigarettes, he smokes dried animal feces from his pipe.Haji says that, because he lacks physical possessions, he is happier and freer than the rest of mankind.It is easy to see how freeing yourself from the burdens of living in a materialistic and consumer-driven society could be, but this is an extreme take!

Of course, everyone is entitled to live their life in the way in which they see fit. However, there is no medical evidence to support Haji’s belief that smoking animal feces and living inside a shallow hole in the ground can make a person healthier…These aren’t the only ways in which Haji has chosen to life an unconventional life.While he might not believe in using water to clean his own body, he believes that drinking a lot of water every single day is the key to health. That’s why he drinks up to two gallons a day, albeit out of a rusty can. 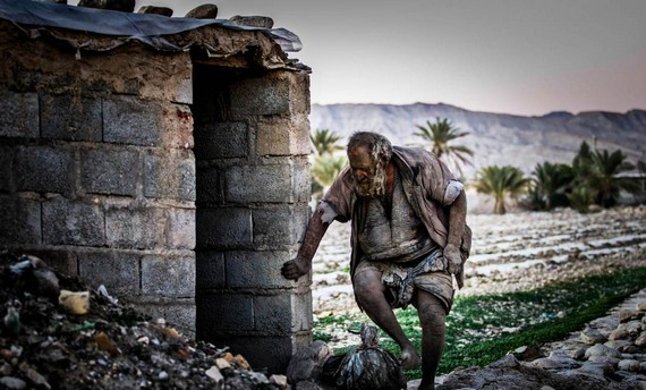 According to Haji, “cleanliness brings sickness,” and he seems quite content with his unusual way of living. It hasn’t pushed away the villagers who check on him regularly, though.They point out that Haji suffered some “emotional setbacks” in his youth and that these helped him form his new philosophy.If Haji’s decision was alienating him from his friends and family, it might be a more serious situation. However, as it stands now, he is content to live on the outskirts of society. 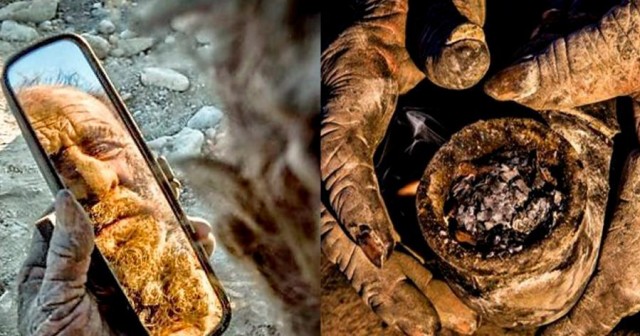 He says he feels freer than a bird, and it is easy to believe him.To each their own! Whatever you might think of him, Amou Haji seems quite content with the life he has chosen for himself, and you can’t fault him for that.