Thug, 23, caught on CCTV stabbing man to death after pub row is jailed

Horrific CCTV footage captured the chilling moment a killer brandishes a 'Rambo-style' in the street after a pub row - minutes before stabbing a man to death.

Carlton Donaldson, 23, was jailed for at least 23 years after he was found guilty of murdering Daniel Baird, 27, in Digbeth, Birmingham.

Donaldson's friend Sashon Brown, 25, was also jailed for two-and-a-half years after he was convicted of violent disorder.

Footage captured from The Forge Tavern showed Carlton Donaldson, aged 22 at the time, and his friend Brown getting into a heated argument with Dale Scott, a friend of Mr Baird. 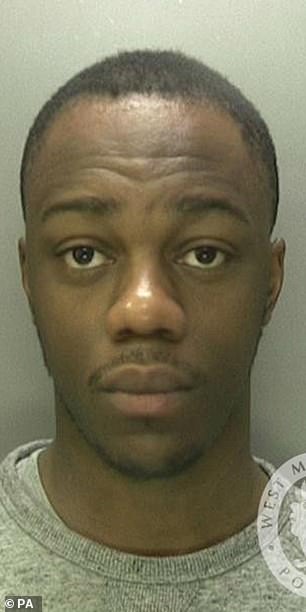 The footage showed Mr Scott stumble into a group, including Donaldson and Brown, after hitting a punch-bag machine in July 2017.

Brown, of Sutton Coldfield, pulled out a folding knife and flicked the blade in a threatening gesture to show Scott he was armed and ready to fight.

Carlton Donaldson then stepped in but the violence spilled onto the streets, where the men darted between a traffic-filled road in a dramatic chase.

The man who bumped into Brown, who was not named in court, was hit by a car and bounced off the bonnet and into the road.

He got onto his feet and started to run moments after the heavy collision.

Donaldson then pulled out a 'Rambo-knife', narrowly misses the target, before he fatally stabbed Mr Baird in the chest. 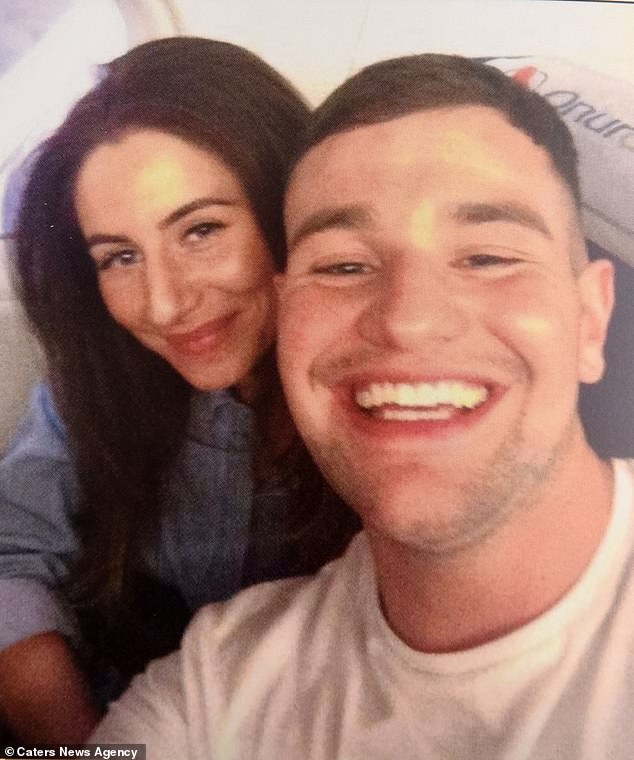 Dale Scott and Sean Spooner were cleared of possessing an offensive weapon and violent disorder.

A member of the public gallery shouted abuse at Donaldson and Brown as they were led away following the trial at Birmingham Crown Court.

The court heard emotional statements from Mr Baird's loved ones, including his girlfriend Gemma Morris.

Miss Morris said her life had changed forever after her partner's brutal murder. She said: 'I should have been planning our wedding and not Dan's funeral.

'This has changed me as a person. I will never get over losing Dan.

'I do not know how to face my future without Dan.'

Ms Sheehan said: 'He would brighten up the room with his great smile. This has left us all traumatised. He was kind, caring and funny.

'He had his whole future ahead of him. He had simply gone out for a good time.'

The court was told Donaldson had a previous conviction for carrying a kitchen knife when he was 15. In July 2009, he was convicted of robbery and attempted robbery and given an eight-month sentence.

In 2016, Donaldson was sentenced for two counts of common assault, possession of cannabis and later convinced of assaulting a prison custody officer. 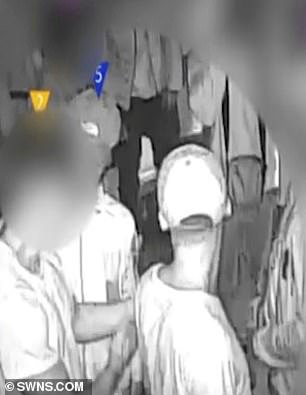 Patrick Upward, mitigating for Donaldson, said his client had not gone out looking for violence and 'it all happened in a matter of seconds'.

He described the killer's own life as a 'tragedy' as he had been in care until the age of 11 and left school at 14.

Stephen Bailey, mitigating for Brown, said his client 'spontaneously' took a flick knife out in public and brandished it out of 'upset and frustration'.

The judge told him: 'Your use of a knife represents a significant aggravating feature. You chose to take possession of a significant knife.

'It was deployed with murderous intent in the course of a public disorder in which you played a leading role.

'The tragic death of Mr Baird has had a profound impact on his family and friends.'