Paxex Forum / Entertainment / Events / Toddler, two, spent a week in a coma and endured seizures after falling backwards off a SOFA and suffering a brain bleed which led to him being unable to see, speak or walk

Toddler, two, spent a week in a coma and endured seizures after falling backwards off a SOFA and suffering a brain bleed which led to him being unable to see, speak or walk

A mother has revealed how her toddler spent a week in a coma and suffered seizures after falling backwards off the sofa.

Lee Alexander, 35, was inviting a friend over for a takeaway on Friday, September 28 last year while her son Henry was clambering on the couch next to her.

The youngster, who was a week away from turning two, went flying and landed with a thud. He quickly passed out before having multiple seizures in his mother's arms.

Paramedics spent half-an-hour trying to stabilise Henry, from Suffolk, before they were forced for call an air ambulance. 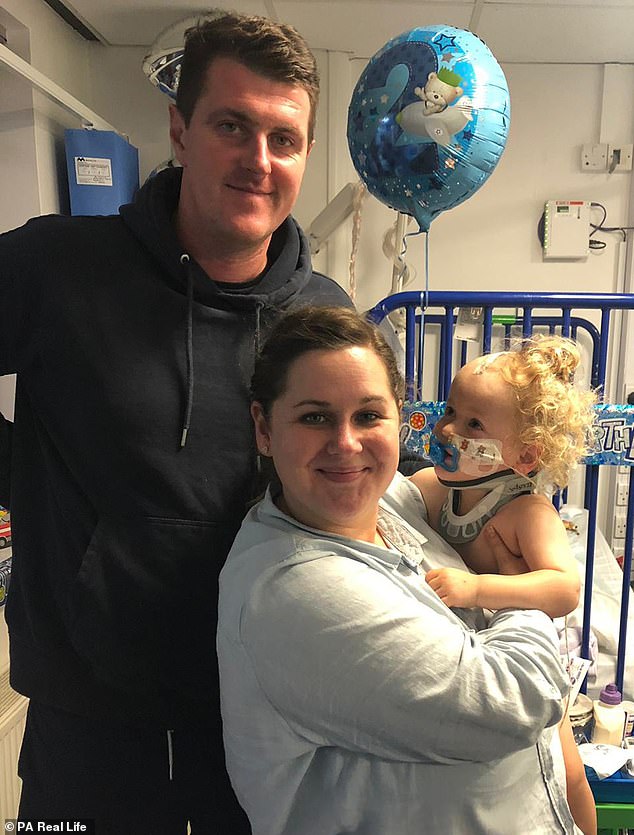 Once at hospital, Henry was diagnosed with a severe brain bleed from when he hit his head. Surgeons spent four hours treating the problem.

Although Henry pulled through, the youngster was put into a medically-induced coma to 'give his brain a rest'.

When he woke a week later, he was a 'big baby again', unable to see, speak, walk or feed himself. Nearly a year on, Henry has made a remarkable recovery and is 'like any other two-year-old'.

Speaking of the ordeal, Miss Alexander said: 'I rushed out into the street with Henry in my arms shouting for help.

'We live in a new build close and I knew there were two nurses living close by and the other mums would also be home from the school run.'

A neighbour took Henry from Miss Alexander's arms and lay him on the floor in her home. Another dialled 999, while the youngster continued having seizures.

They noticed Henry's seizures bizarrely became worse if his mother was in the room. She therefore waited for the ambulance outside.

Miss Alexander, who is also the mother of nine-year-old Olivia, said: 'I was outside thinking Henry was dead or dying.

When the paramedics were unable to stabilise him, Henry was flown to Addenbrookes Hospital in Cambridge, home to the region's top trauma centre. 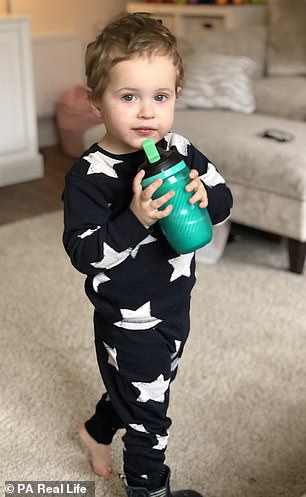 Miss Alexander, who shares her children with her boyfriend Roy Delaney, 37, said: 'I knew from having worked as a carer that timing is everything when it comes to brain injuries.

'I also knew the fact there was no swelling where Henry had hit his head was not a good sign because a bruise should come out immediately and if it doesn't that means it has gone inside and is putting pressure on your brain.'

Once at hospital and diagnosed, Henry was rushed into surgery were he went under the knife.

By the time the surgeon came to speak to his parents, there was a crowd of 28 loved ones in the family room.

'The doctor who had operated came and said, 'Can we talk?',' Miss Alexander said.

'I told her she could say whatever she had to say in front of our families and friends, but she insisted on speaking to us privately.

'So, we went to her office where she said, 'Please sit down', at which point I just shouted at her, 'Is my son still alive?'.'

The surgeon confirmed Henry was alive, but had suffered major complications.

'The doctor explained Henry would need to be put into a coma to give his brain a rest and all I could think was, 'How was this happening to us?', Miss Alexander said. 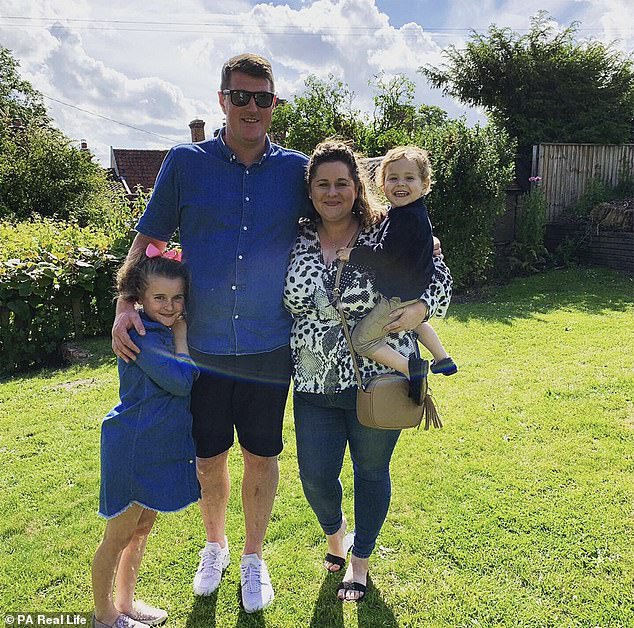 It was midnight by the time the couple saw Henry again.

'He was in a little cot and hooked up to four different machines, including a life support machine,' Miss Alexander said.

'His head was wrapped in bandages and he had these massive pads on his eyes. We were just heartbroken seeing him like that.'

Rather than have to make the hour-and-a-half journey home, the couple were taken to the accommodation centre Acorn House, which gives the parents of children in hospital somewhere close by to stay.

'I would have stayed in a chair by Henry's bedside, but it was nice to be given somewhere so comfortable to spend the night,' Miss Alexander said.

'It did feel strange that first night, but over the next few months, Acorn House became our family's safe haven.'

Henry was in a coma for a week but spent two months recovering in hospital. 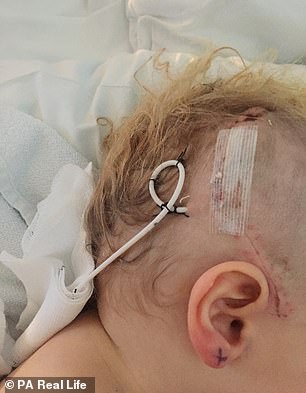 During the ordeal, the family spent as much time as they could at Henry's bedside.

'When Henry was in a coma, the machine monitoring his brain activity showed it was more active if we were around him,' Miss Alexander said.

'That was bittersweet because it meant we knew he was in there and he was not brain dead.'

Miss Alexander was adamant there would be no crying in Henry's hospital room.

'Children get their strength from their parents, so I had to be strong for Henry,' she said.

After waking from the coma, his family set about teaching him everything he had once known all over again.

'He was a big baby, he literally couldn't do anything,' Miss Alexander said. 'He couldn't talk and he couldn't see anything. He couldn't hold himself up or anything.'

In the past year, Henry has made a remarkable recovery.

'To look at him now you would never think anything had been wrong,' Miss Alexander said.

'He's looks like any other two-year-old. He can do everything he could do before. He used to have a neurological tremor, which caused shaking throughout his body. 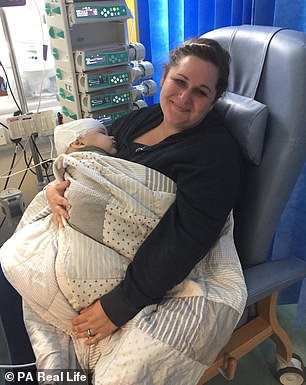 'And the specialists have said it is possible he may have some issues like ADHD (attention deficit hyperactivity disorder) or autism as he gets older because of the injury sustained and part of the brain that was damaged.

'But the team that looked after him have promised they will stay in place until he starts school.'

For Miss Alexander, a big challenge to overcome is not being overly anxious when it comes to parenting her children.

'It is hard, but I can't wrap Henry in cotton wool or stop him from being a child again,' she said.

'If we are somewhere with other children, I do say, 'Henry had a nasty bump to his head so please be careful with him,' and they always are.

'I always had faith Henry would recover, but I know we were the lucky ones. There were children dying in that hospital, and they never got to leave and go home.'

This Saturday, a year on from the ordeal, many of the hospital staff who treated Henry will be gathering at black-tie charity ball, organised by his family and their friends.

The money will be shared between The Sick Children's Trust, Essex and Herts Air Ambulance, and the Paediatric Intensive Care Unit at Addenbrooke's Hospital.

'We want to try and raise some funds to show our gratitude for the incredible help we had,' Miss Alexander said.

Find out more about 'Henry's Ball' here and The Sick Children's Trust, which provided Acorn House for the family here.