Paxex Forum / General / News / 'Too young': Woman's frustration after being diagnosed with stroke in her 20s

'Too young': Woman's frustration after being diagnosed with stroke in her 20s

An inspiring model and actress who suffered a stroke in her early 20s said her symptoms were initially brushed off as anxiety.

Doctors thought Drewy NovaClara Curious was “too young” to have a stroke – resulting in her missing the treatment window and ending up in a wheelchair.

In June 2018, the 23-year-old model, actress and disability advocate – who is from Toronto, Canada – was in the car with her husband when she began experiencing stroke symptoms of numbness and weakness of the arms, and slurred speech.

She panicked at the thought of having to go to the hospital, as she hated it there, so she tried to figure out what was happening to her.

The severity of her condition forced her to go to the hospital where the doctors diagnosed her condition as anxiety and insisted she was too young to have a stroke, so she was discharged, to her frustration.

Drewy and her husband immediately went to another hospital where they explained what had happened and doctors there felt heart broken and diagnosed her with an ischaemic stroke, where a blood clot stops the blood supply in the brain.

But, as the first hospital kept her in for hours before discharging her, the effect of the stroke had escalated.

This resulted in the doctors treating her with medicine to prevent and dissolve blood clots, reduce blood pressure and reduce the cholesterol level.

Drewy was then left in a wheelchair unable to walk and had to re-learn how to talk.

The experience proved difficult for her as she has always been an independent person, however, she has learned to accept her new life.

After receiving stares from strangers, she decided to give people something to look at by “dressing up” her wheelchair with light-up wheels and sporting a bold aesthetic.

She has named her wheelchair Opal, her crutches Bonnie and Clyde, and her walker Amethyst.

She now wants to help raise awareness and encourage others they are not defined by their disabilities.

“When I had my stroke, my husband and I had spent the day at a science museum and we were in the car on the way home,” Drewy said. 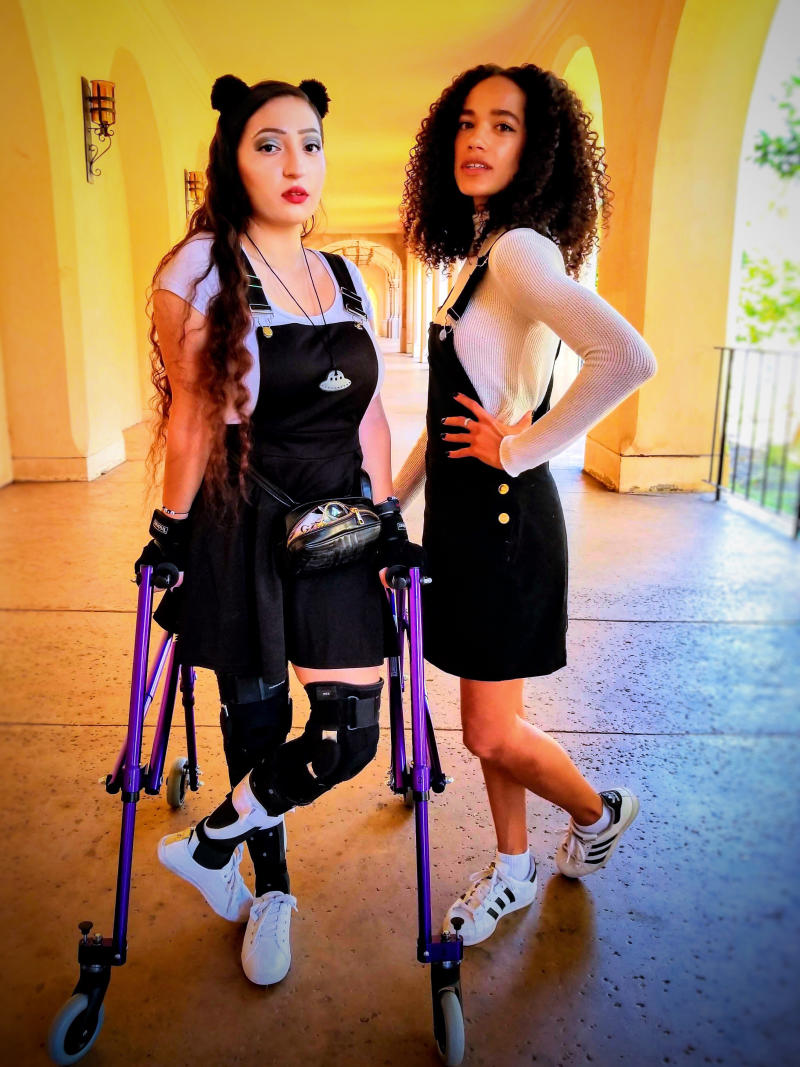 “I hate hospitals. So, on the way to the hospital, my thoughts were about not wanting to go, and I was trying to figure out what was happening to me.

“I have studied a fair amount of medical information.

“While I was being rushed to the hospital, I wasn’t afraid. I automatically think purely logically when I’m in danger.

“I was just going through the knowledge I had to figure out what was happening to my body.

“I already knew I was having a stroke, so I didn’t need to be informed of it. The first doctors I saw diagnosed it as anxiety and did no treatment whatsoever.