Some of the world's biggest footwear firms are urging Donald Trump to end the US trade war with China, warning of a "catastrophic" effect on consumers.

They also warn that higher levies threaten the future of some businesses.

Mr Trump maintains that trade deficit will China hurts the US economy.

The US president increased levies on $200bn (£157.3bn) worth of Chinese imports into the US from 10% to 25% more than a week ago after Washington and Beijing failed to reach a deal on trade.

China retaliated by announcing plans to raise levies on $60bn of US imports from 1 June.

The footwear companies that signed the letter, including Clarks, Dr Martens and Converse, say that while the average US tariff on footwear is 11.3%, in some cases it can reach as high as 67.5%.

"Adding a 25% tax increase on top of these tariffs would mean some working American families could pay a nearly 100% duty on their shoes," the companies wrote.

"It is time to bring this trade war to an end," the firms urged.

When he raised tariffs earlier this month, Mr Trump told companies that they could reduce costs by shifting production to the US.

However, the shoemakers and retailers say that while they have been moving their sourcing away from China: "Footwear is a very capital-intensive industry, with years of planning required to make sourcing decisions, and companies cannot simply move factories to adjust to these changes."

On Tuesday, a top business lobby in China released a survey of its members that found just over 40% had relocated, or were considering moving production facilities, outside of China because of tariffs.

The survey by the American Chambers of Commerce in China and Shanghai found one-third of respondents had delayed or cancelled investment decisions to cope with tariffs.

A recent escalation in the trade conflict - including tighter restrictions on Chinese telecoms giant Huawei - was creating fresh concerns for businesses in China, the group said.

Last week, the Trump administration added Huawei to its "entity list", which bans the company from acquiring technology from US firms without government approval.

Speaking to the BBC, the chairman of the American Chamber of Commerce (AmCham) in China, Tim Stratford, said its members had "real concerns" about the fallout from the US action against Huawei.

"Particularly in the wake of the decision to put Huawei on the... entity list, there are concerns that the government of China may decide to retaliate against American companies," Mr Stratford said.

A survey by AmCham found that slightly more than 40% of its members had relocated, or were considering moving, outside of China because of tariffs.

The group represents more than 900 US companies working in China.

Plane manufacturer Boeing, pharmaceuticals firm Pfizer and soft drink giant Coca-Cola are among the US companies AmCham represents in China.

Last year, Boeing opened its first completion plant for its 737 passenger plane in eastern China, near the city of Shanghai.

Boeing's president of China, John Bruns, said he was "nervous" about the "challenging environment" caused by the tit-for-tat tariff war.How did we get here?

China and the US have been engaged in a fractious dispute over trade since the early days of Mr Trump's presidency.

While campaigning for the presidential election in 2016, Mr Trump repeatedly accused China of unfair trading practices and intellectual property theft.

He threatened to apply tariffs, saying China's entry into the World Trade Organization had paved the way for the "greatest jobs theft in history". 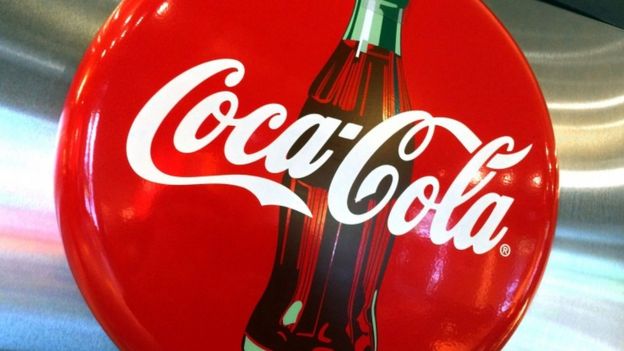 He also wants to cut America's trade deficit with China, which he says is hurting US manufacturing.

Despite several rounds of talks, the world's two largest economies have failed to reach an agreement to end the trade war.

Still, Beijing signalled some willingness to work with Washington to solve their trade dispute.

No discussions have been scheduled since the last round of talks ended on 10 May.

"China remains ready to continue our talks with our American colleagues to reach a conclusion. Our door is still open," China's ambassador to the US Cui Tiankai said on Fox News.

The leaders of the US and China are also set to meet again at the G20 summit in Japan next month.