Valentine's Day: Japan falling out of love with 'obligation chocolates'

Around the world, people use chocolate treats to express sweet nothings on Valentine's Day.

But in Japan, it's a little more complicated. On Valentine's Day, only women give chocolate, and not just to their partners, but to their male colleagues too.

Critics say the practice sucks all the fun out of Valentine's Day and instead turns it into a dreary duty where women risk offending co-workers if they leave someone out.

Others say "giri choco", which translates to "obligation chocolate" is a little misunderstood, and besides, it's slowly fading as women opt to give chocolate to their friends instead.

Of course, giving chocolate on Valentine's Day can also be a romantic gesture. Women will often give "honmei choco" or "true feelings chocolate" to their partners.

But giri choco is more about expressing appreciation to male colleagues.

A 2017 survey by multinational firm 3M found that nearly 40% of female respondents planned to give giri choco to a co-worker. 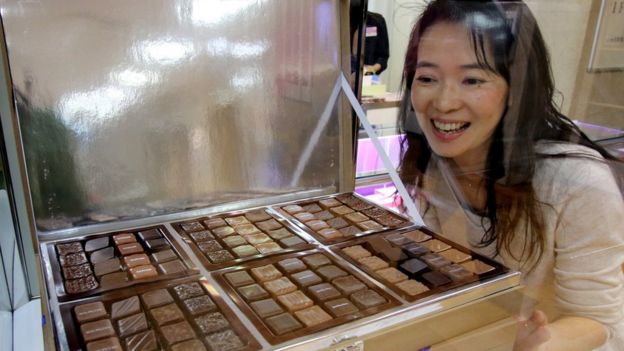 For most, it was a simple thank you "for general help and support". Others felt it helped promote a smoother workplace, while a small minority felt it would be awkward not to take part.

Chocolate journalist Ayumi Ichikawa says many women have no problem with giri choco. After all, Japan has a gift-giving culture, so it doesn't seem out of place.

"It's part of our tradition to give presents to people who 'help us'... and we have a habit of giving friends and acquaintances gifts every now and then to show our gratitude for 'looking after us'... without any sense of romantic love."

But others are troubled by the custom.

"Some consider the ritual burdensome, feeling you must do this, so the chocolate becomes a duty," Ms Ichikawa says.

Still, University of Shizuoka professor Sejiro Takeshita says the tradition isn't as "unfair as it looks".

On 14 March Japan celebrates White Day, when men give chocolates to women and, Prof Takeshita says, "ladies can get their vengeance". 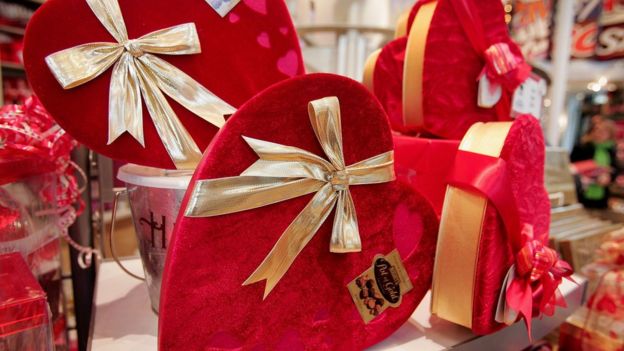 In a 1996 study of "office women" sociologist Ogasawa Yuko argued giri choco is a way for women to exercise power over men by ranking them.

The ones they admire would get chocolate, while the incompetent ones could buy their own treats.

"In other words, it could be seen as one of the few opportunities for women to exercise power over men, resisting prevailing gendered norms," says Sachiko Horiguchi, an anthropologist at Temple University Japan.

More than two decades later, this might seem a little less appealing to Japanese working women.

"I am not sure if these professional women feel obliged to 'exercise their power' through giri choco gift giving," says Ms Horiguchi.

Last year the practice attracted an unexpected critic in the form of Belgian chocolatier Godiva. The company took out a full page ad calling for an end to giri choco.

"Valentine's Day is supposed to be a day when you tell someone your pure feelings. It's not a day on which you're supposed to do something extra for the sake of smooth relations at work," the ad said.

They followed up this year with a tweet to Yuraku Confectionery, the makers of Black Thunder, a low-cost chocolate and self-styled "king of giri choco". 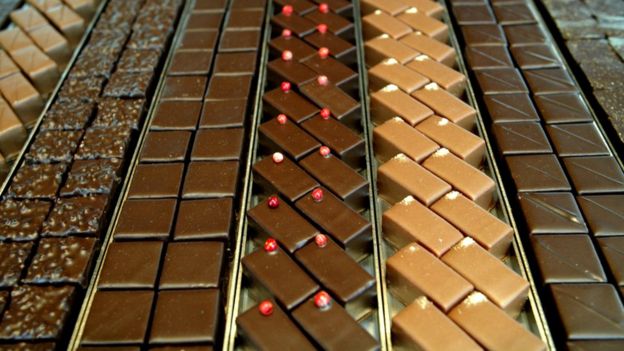 The tweet encouraged employees of Yuraku to buy Godiva to give to someone they loved, prompting Yuraku to add "officially recognized by Godiva as obligation chocolate" to its Twitter description.

Chocolate makers have an obvious stake in the discussion and it was commercial interests - initially department stores - that brought Valentine's Day to Japan in the first place.

Critics have also suggested that Godiva stands to lose little from this position, because it's a luxury brand which few people give as giri choco.

Valentine's Day is hugely important for Japan's confectionery industry, with some shops doing 70% of their annual business in the lead-up to the holiday, says chocolate journalist Ms Ichikawa.

But over the coming years, maybe less of it will be giri choco.

Ms Horiguchi says Valentine's Day is becoming less gendered, and the pressure to give giri choco is declining as women opt to give chocolates to their friends instead.