They are proud parents to four children.

And Victoria Beckham heaped praise on her husband David as he helped their youngest child Harper build a Lego model of Hogwarts castle from the Harry Potter series.

Taking to Instagram stories on Saturday, the fashion designer, 45, shared a video of her footballer beau, 44, concentrating as he attempted to build the toy model for their eight-year-old daughter. 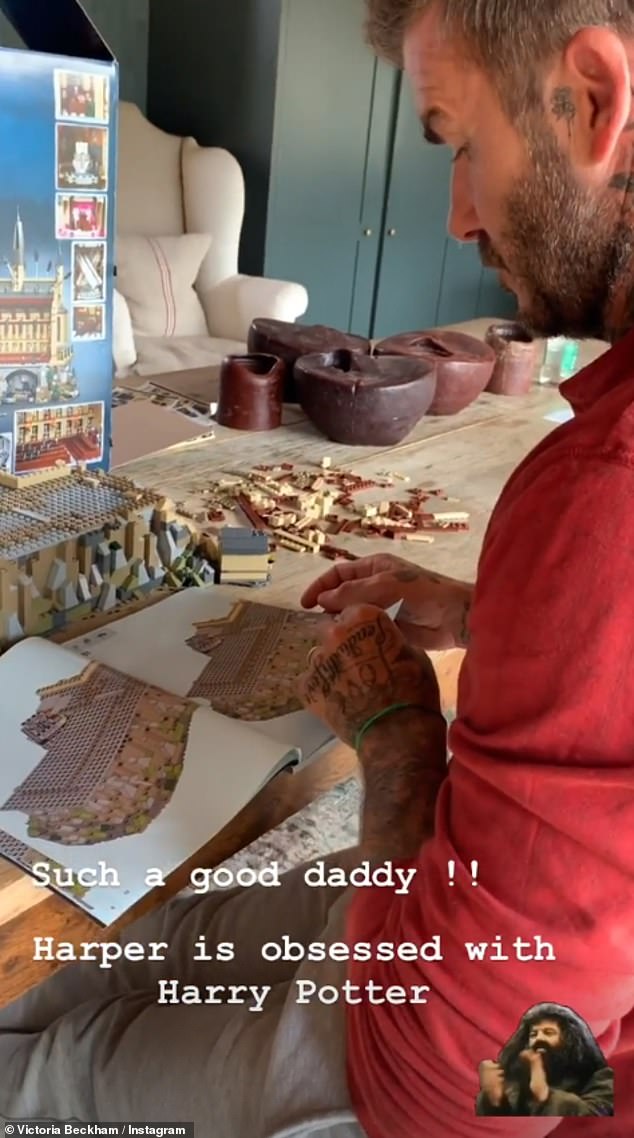 The sweet clip showed the sports star carefully reading an instruction manual as he constructed the castle, while his wife filmed over his shoulder.

Wearing a red jumper, David hardly seemed unaware of his wife as he put all his efforts into building the model as a treat for his little girl.

Captioning the image, Victoria wrote: 'Such a good daddy!! Harper is obsessed with Harry Potter.'

David was so engaged in the 6,000 piece Lego set, which retails in stores at £349.99, that he continued well into the night. 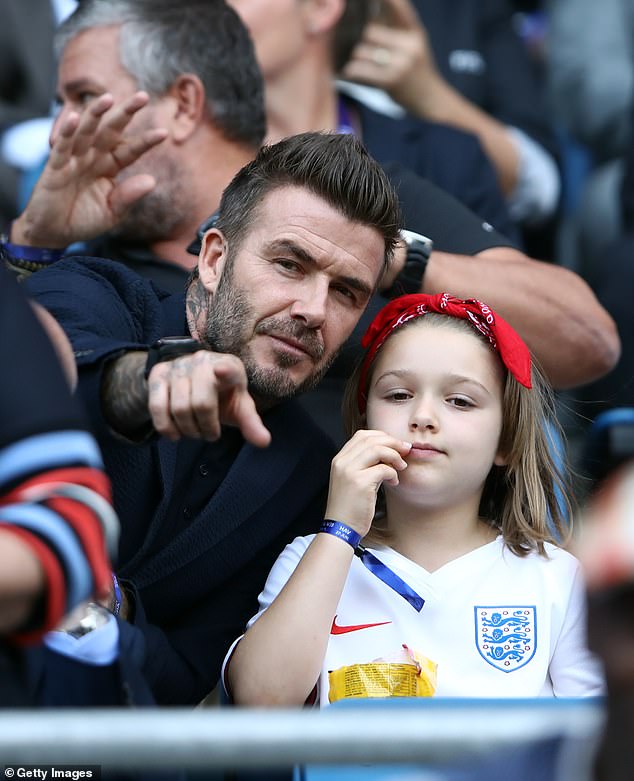 Later that evening, Victoria shared another video of him as he continued to work on the model.

And David appeared to make much headway in his quest as the castle appeared near to completed, with the model featuring turrets, stained glass windows and even flying wizards.

Remarking at how long her husband was taking and clearly keen for him to go to be, Victoria wrote: 'FFS... It is 00.18 and he is still up building this LEGO!

'Been building ALL day!! X!

Last month, the former Manchester United ace revealed that he insists on instilling work ethic in his children, telling them: 'You'll never get anywhere without making sacrifices.'

Brooklyn is a model and photographer, and Cruz is said to want to be a pop star like his mum, former Spice Girl Victoria. 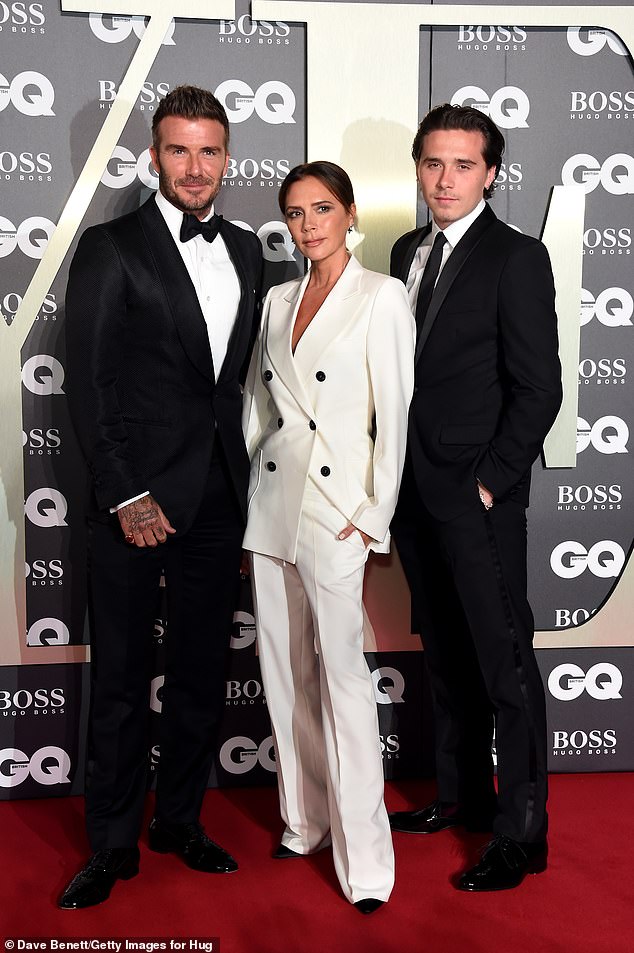 David added: 'I tell the kids they have to make choices, sometimes give things up. If your friends are going out on a Friday night, maybe you can't. Maybe you've got tennis practice the next day or you're in the studio singing, like Cruz, or you've got a shoot, like Brooklyn. That's where your focus needs to be.