Paxex Forum / General / We are at the mercy of men': Reports of rape and sexual abuse in North Korea

We are at the mercy of men': Reports of rape and sexual abuse in North Korea

Seoul, South Korea (CNN)Harrowing accounts of widespread sexual abuse allegedly carried out by North Korean officials against ordinary women have been laid out in a new report, that details evidence of a culture where officials commit acts with near total impunity.

The extensive 98-page report by Human Rights Watch (HRW), which was released Thursday and took more than two years to compile, is based on dozens of interviews with sexual abuse victims who have fled from North Korea. It reveals an oppressive world where officials -- from police officers and prison guards to market supervisors -- faced virtually no consequences for their routine abuse of women.

"Unwanted sexual contact and violence that is so common in North Korea it has come to be accepted as part of ordinary life," the report alleges.

Sexual violence in the country is "an open, unaddressed, and widely tolerated secret," said Kenneth Roth, Human Rights Watch's executive director. "North Korean woman would probably say 'Me Too' if they thought there was any way to obtain justice, but their voices are silenced in Kim Jong Un's dictatorship." 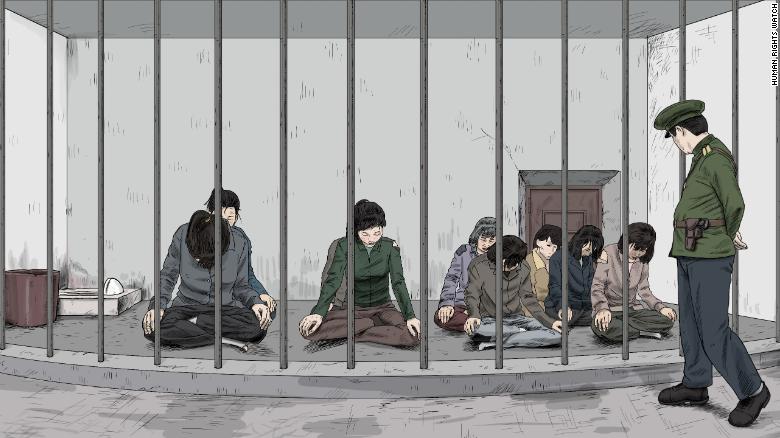 Of all the sexual assault survivors interviewed for the report, only one said she had tried to report it. None of the others report the assault they suffered because "they did not trust the police and did not believe police would be willing to take action," the report says.

"On the days they felt like it, market guards or police officials could ask me to follow them to an empty room outside the market, or some other place they'd pick," the report quoted a former trader in her 40s who fled North Korea in 2014 (HRW uses an alias). She says she had been sexually assaulted many times.

"They consider us (sex) toys. We are at the mercy of men." She said that the climate of sexual abuse was so pervasive that it had been normalized -- both by the perpetrators and their victims, but nonetheless, "sometimes, out of nowhere, you cry at night and don't know why."

Medical professionals who fled the repressive country said that "there are no protocols for medical treatment and examination of victims of sexual violence to provide therapeutic care or secure medical evidence," the report adds.

The rights organization interviewed a total of 106 North Koreans, comprised of 72 women, four girls, and 30 men. All were interviewed outside the country. 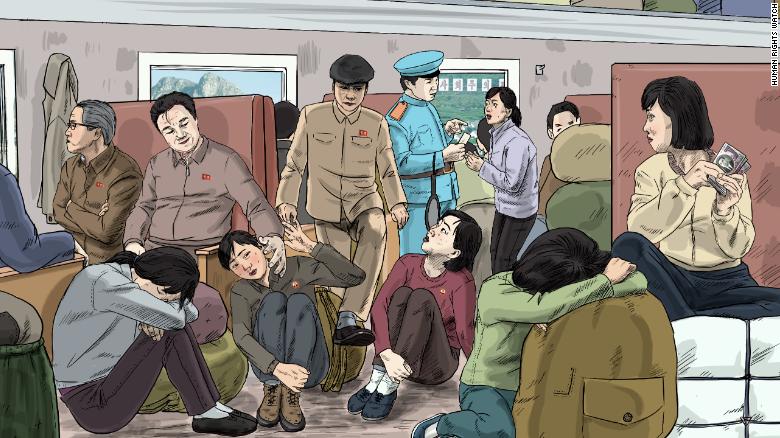 A former police officer from North Korea, herself a victim of sexual abuse, Heo Jong-hae told CNN that 90% of the women she knew had been sexually assaulted.

She said that one of her friends contemplated suicide after being attacked at age 17.

"She said she cried and wanted to die. Her parents told her to come home before dark to avoid rape but things like this happens in broad daylight. She tried to kill herself. It was worse in Pyongyang where everyone was forced to go to work every day."

Heo said that in order to advance, many women join the military, but "the officials in charge will demand sexual favors. To join the (worker's) party, one must comply."

She added that, in her experience, in the rare event of a case being reported to the police, there is pressure to drop the investigation. "When the perpetrator is an official, even if the case comes to the police, it will be ignored," she said.

"Even if I or others in the station try to investigate, someone higher up like the chief will tell us to drop it. They are untouchable."

Heo said that her personal experience of assault largely informed her decision to defect.

"I couldn't live in that environment with stress. When I share my story, (I hope) other women share theirs too." 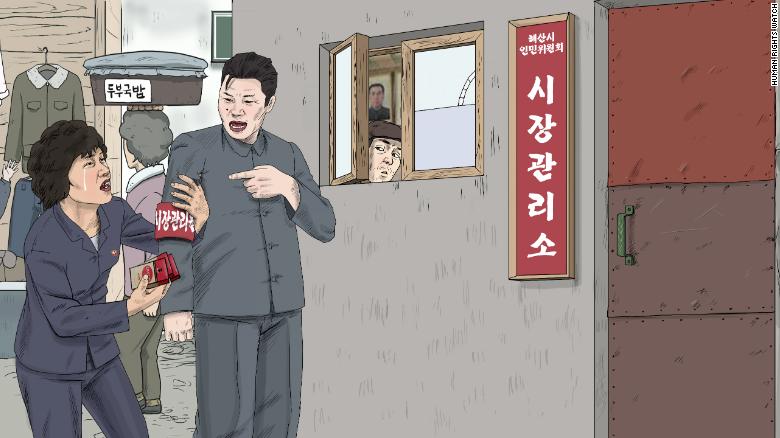 A female trader gives a bribe to a market supervisor in an alley near the market. The report describes how female traders offer bribes in order to avoid potential harassment.

'No sense of right and wrong'

Even when men who sexually abuse women are held to account, their victims also suffer.

Director of New Korea Women's Union Lee So-yeon, a North Korean living in Seoul, told CNN that while she was serving in the North Korean military, a commander of her company sexually assaulted female soldiers. He faced a forced discharge, while his vice commander was assigned to a different unit. The commander's female victims were dishonorably discharged.

"The perpetrators are usually not punished if the victims number one or two. There is also less chance of being punished the higher the ranking of the perpetrator. In this case, he assaulted about 30 women.

"The victims were dishonorably discharged because it was considered that they simply had sexual relations with the commander while on duty. That they had actively taken part."

Even after the incident is over, the women continue to suffer its consequences.

"Once the word gets out that a woman had been victimized, the society doesn't look kindly at her. Instead, she is blamed for her reckless and seductive behavior," Lee said.

"There is no sense of right and wrong. The party officials must see these as a problem in order for the situation to change but they do not. They are the perpetrators themselves." 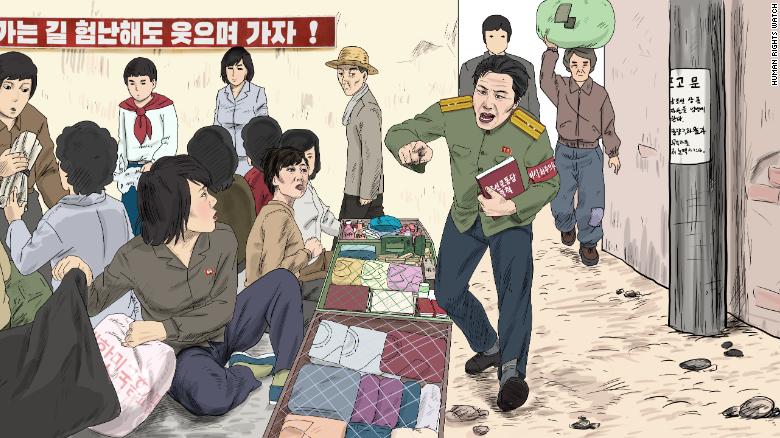 A police officer checks to see if a trader has hidden "anti-socialist" material in her belongings. The report alleges that police officers use searches of female traders' belongings, to justify full body searches.

While Pyongyang has laws criminalizing rape, trafficking and having sexual relations with subordinates, the report notes that the North Korean government barely acknowledges the existence of rape in the country.

Last July, the North Korean government told the UN's Convention on the Elimination of Discrimination Against Women (CEDAW) that only nine people in all of North Korea were convicted of rape in 2008, seven in 2011, and five in 2015.

A 2014 UN report on human rights found that human rights violations -- including murder, enslavement and torture -- were prevalent in the country.

It added that sexual and gender-based violence was common throughout North Korean society, including in dealing with officials. Some of the incidences of sexual violence, including forced abortions, and rape committed against detained and imprisoned women, qualified as crimes against humanity.