Westminster Inquest: Attacker 'told his children he was going to die'

Westminster Bridge attacker Khalid Masood told his children he was "going to die fighting for God", an inquest into his victims' deaths has heard.

But while visiting his mother days before the attack, he told her: "They will say I'm a terrorist. I'm not."

CCTV footage of his final movements before the attack were also shown.

Masood, 52, was shot dead after driving into pedestrians on the bridge and fatally stabbing a police officer. Five people died in the March 2017 attack.

The inquest into the deaths of PC Keith Palmer, 48, Kurt Cochran, 54, Leslie Rhodes, 75, Aysha Frade, 44, and Andreea Cristea, 31, is taking place at the Old Bailey in central London.

During video calls to his younger children, who were living in east London while he stayed in Birmingham, Masood spoke about dreams he had had and told them he was "going to die fighting for God", Det Ch Insp Dan Brown told the inquest.

Masood drove from Birmingham to Wales to visit his mother, Janet Ajao, and stepfather on 16 March, after picking up the vehicle he would use to carry out the attack.

As he was leaving the house the following day, Mr Brown said he "turned over his shoulder" and insisted he was not a terrorist.

Investigators now believe this was "a goodbye visit".

The inquest was shown CCTV footage of Masood's final preparations ahead of the attack on 22 March.

On 9 March he bought two knives, which he would use to stab PC Palmer, at a Tesco store in Birmingham.

A week later he rented a car in Birmingham, before driving to Wales to visit his mother and stepfather.

On 18 March he drove to central London, crossing Westminster Bridge, in what investigators believe was a reconnaissance trip

The night before the attack he visited a fish and chip shop in Brighton and stayed the night in the city.

On the morning of the attack he carried out internet searches for Prime Minister's Questions, which was taking place later that day, and car bombs.

Masood's final movements before the attack were also shown:

Earlier the inquest heard how Masood had a history of violent crime and converted to Islam while in prison.

Masood's mother had described him as "an angry person" and was "worried he would kill someone through fighting", Mr Brown said.

She told police that as an older teenager he would go out to pubs and clubs looking for a fight.

Mr Brown said: "His mother suggested he exhibited normal boisterous behaviour, but his two brothers suggested he was a violent, disruptive person, who would not back down from a disagreement." 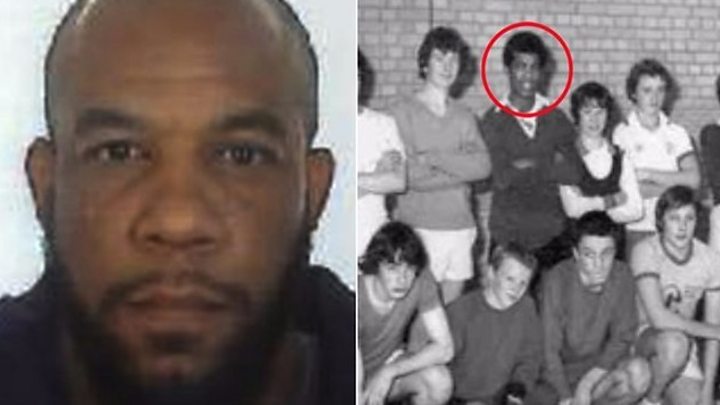 Masood first got into trouble with the police after shoplifting at the age of 14 in Tunbridge Wells, Kent, where he lived with his mother, stepfather and two stepbrothers.

He was involved in a number of violent incidents which became more serious as he got older.

In May 2003, he stabbed a man through the nose with a carving knife after accusing him of being an undercover police officer.

Masood claimed self defence and was acquitted of attempted murder, wounding with intent, and having a bladed weapon.

In December 2003, he was released from Lewes prison in East Sussex, where he had been held on remand, based on time served from a previous weapons offence.

The inquest heard how Masood considered his acquittal, as well as the survival of his eldest daughter - who was later involved in a serious car accident - as the "miracles" which cemented his Muslim faith. 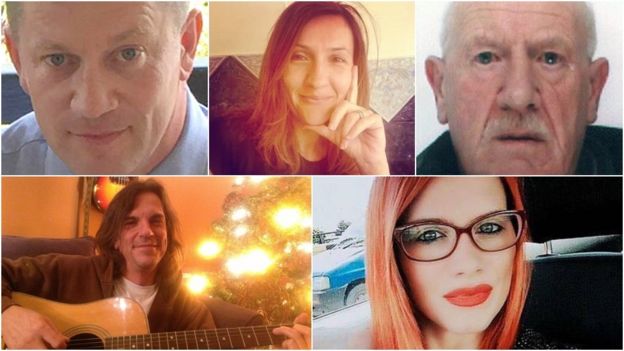 Kurt Cochran, Leslie Rhodes, Aysha Frade, and Andreea Cristea were all hit by Masood's car during the attack on Westminster Bridge on 22 March last year.

Moments later, PC Palmer was stabbed to death by Masood outside the Houses of Parliament.

The inquest is set to last about five weeks. A separate inquest into the death of Masood will be held after the hearing into his victims' deaths has concluded.

The coroner is expected to examine Masood's background, police records, and look into the fact that he briefly featured in MI5 investigations in 2009 and 2010. The absence of armed officers at the scene will also be examined.