A widow who fought a three-year battle with Apple to gain access to her dead husband's iPhone family photos has opened up about the emotional moment she showed the images to their young daughter.

Rachel Thompson, 44, from Chiswick, west London, spent thousands of pounds forcing the tech giant to open the account so she could help Matilda, 10, remember her father through the 4,500 images and 900 videos he stored online.

Her initial attempts to access her husband Matt's account, after he took his own life in July 2015, were rebuffed by the American company, but last week a court order finally went in her favour.

Appearing on This Morning today, the single mother-of-one revealed she sat down with Matilda on Sunday to flick through the precious memories. 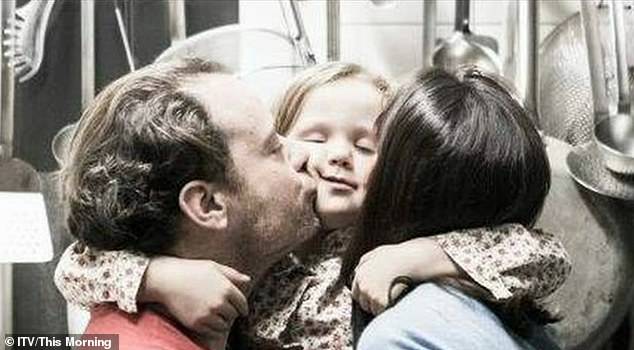 She told hosts Holly Willoughby and Phillip Schofield: 'I didn't really know how to present, "Here's 4,500 photos of your father, 900 videos, here you go, you're 10". That's quite a lot for a little child.

'I sat her down and showed her a few of them, and after five or 10 minutes she was like, "Mummy I think I want to go and play with the dog now, would it be OK if we went and looked at these another time?" Absolutely fine.'

Rachel, a property advisor, met her husband Matt at university when she was 19 and he was 18. They married 10 years later and went on to have Matilda, who was six when he passed away.

The couple separated in 2014 but never divorced, and a year later Matt tragically took his own life.

During his life, estate agent Matt took thousands of photos on his iPhone charting their relationship and Matilda's early childhood.

'He was an amazing photographer, it was one of his passions,' Rachel explained.

'I had a Blackberry which wasn't great for taking photographs. He had a first generation iPhone from day dot.

'He recorded our life as a family and Matilda's life growing up. When he died his phone shut down and I didn't have the passcode to get into it.'

His Apple account also contained photos of Rachel's father, who died 18 months after her husband.

Rachel admitted that Matt had told her the access code but she'd forgotten it, explaining: 'Death is a funny thing, the brain shuts down.' 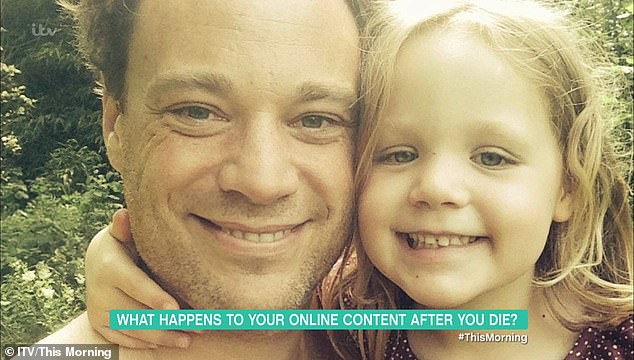 Even though Matilda's thumbprint could operate the phone, as the battery had died a passcode was required, so Rachel took it into her nearest Apple store.

She told how she 'wandered in naively' and asked a staff member to open it for her, but they refused.

Rachel was informed she needed a grant of probate, which took six months to come through. She was then told that would only close the account; for them to provide her access to it, she needed a court order.

This was because Matt had not specified what access others should have to his account after his death aged 39.

Under UK law, the loved ones of people who pass away have no legal right to access information held in the deceased's online accounts.

Rachel said this contrasted with the easy transfer of all her husband's other assets and 'dragged out' the grieving process. But she refused to give up, for the sake of her daughter.

'It's only for Matilda that I did any of this in the first place,' she told Holly and Phil.

'I'm a single mother with an only child and she would sit there and say, "Mummy please can you tell me stories about Daddy?"

'I had my stock stories, and you can't keep retelling them. It's really nice to have the photographs to say, "Oh my goodness do you remember when you did this, we did this, diving in the swimming pool, we went on that holiday."

"Those are things that, over time, you forget.'

Having been provided with the appropriate wording of the order, Rachel went to a magistrates court but said she 'couldn't get anything from them'.

Eventually she enlisted the help of solicitor Matt Himsworth, who pointed out how 'very difficult' it is for a member of the public to pursue this kind of order by themselves. 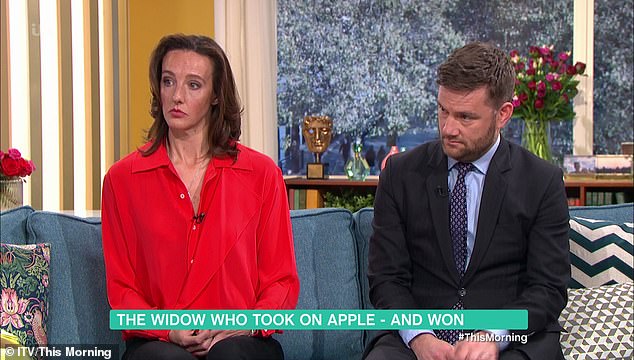 After three years, in a ruling on the case at Central London County Court, Rachel was finally awarded access to her husband's phone contents.

Asked by Phil if she was worried she might discover something on there she'd wish she hadn't, Rachel replied: 'That is the risk, you find something you don't necessarily want to see, but for me it was a risk worth taking.'

Judge Jan Luba, who ruled over Rachel's case, called for a change in the law and a simpler way to settle these cases in the future.

Legal experts supported this, and said companies should owe a 'digital duty of care' to grieving families.

Mr Himsworth said: 'Photos used to be kept in physical photo albums but now they're kept online. Now, instead of looking through a photo album, our loved ones need a username and password to access this material. But what happens when they don't have this information?

'The UK needs to deal with this issue as more and more of us use cloud-based accounts and social media.

'There should be a universal process in order for heirs of estates to access the data held in these accounts.'