A woman who found a bottle of Lucozade from 1993 in her childhood bedroom told how she drank it - although it was 26 years old.

Paula Peacock, 43, was a teenager when she hid the tiny glass bottle in the back of a wardrobe, in case she had a diabetic hypo.

But 26 years later, she was astonished when she found the bottle, and out of curiosity decided to try it.

Mum-of-two Paula, of Clarkston, East Renfrewshire, once relied on the fizzy drink to help manage her Type 1 diabetes. 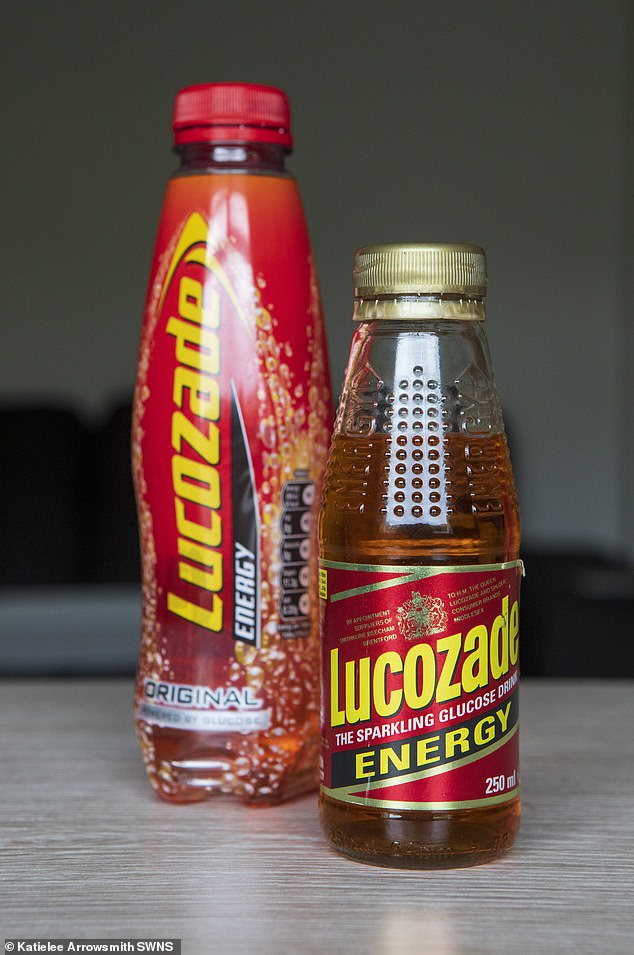 The old bottle, which is no longer on sale, contained 19g of carbohydrate per 100g, although Lucozade on shelves now contains less due to the sugar tax.

The best before date was February 1994 - the same year that Paula moved to Glasgow.

She discovered the bottle hidden in her parents' home in County Armagh, Northern Ireland, and roped her dad, Jim Martin, 67, into doing a taste test too.

Paula said: 'We both agreed it tasted the same but a bit flat.

'When I found it, I was like 'oh my word' - they don't even do the glass bottles anymore.

'My room has been painted with a new floor put down, so somebody has obviously taken it out and put it back in again.

'I did feel nostalgic, I keep looking at it - it's quite dinky. 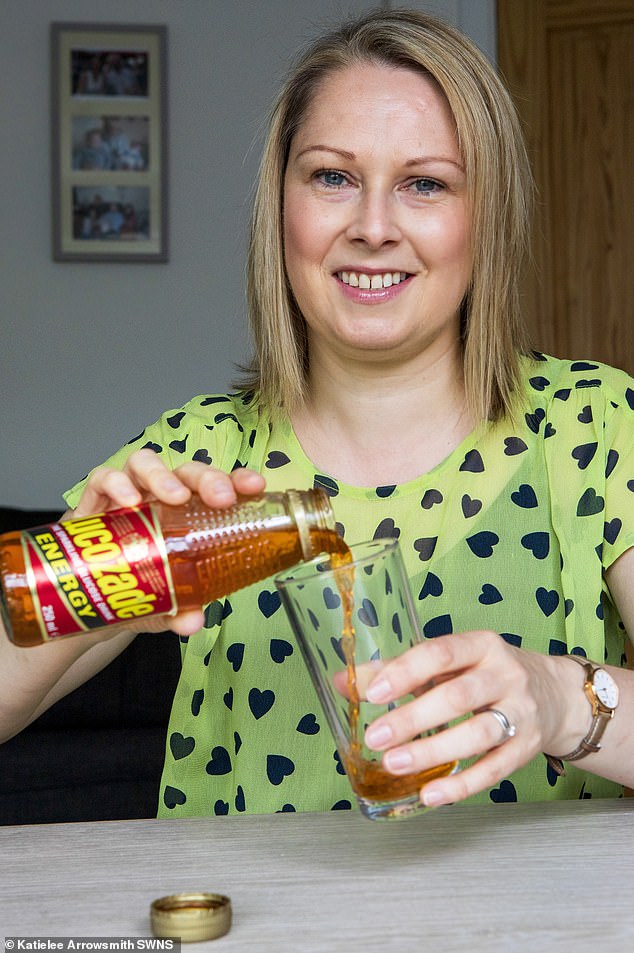 'It looks like a pot of gold.' Along with the once-fizzy drink, Paula discovered her prized Levis denim jacket and a lot of schoolwork in the wardrobe.

But she was so excited by the bottle of Lucozade that she carefully packaged it in a coolbox and took it in the ferry back to Scotland.

She had been visiting her family for a short break with husband Richard, 40, and their twins Sarah and Luke, aged three-and-a-half.

The 250ml bottle, with a bright pink metallic label, is now kept in her bedroom at home, for sentimental value.

'It's funny that it's vintage.

'My dad was surprised, I said 'come and look what I've found in the bedroom'. 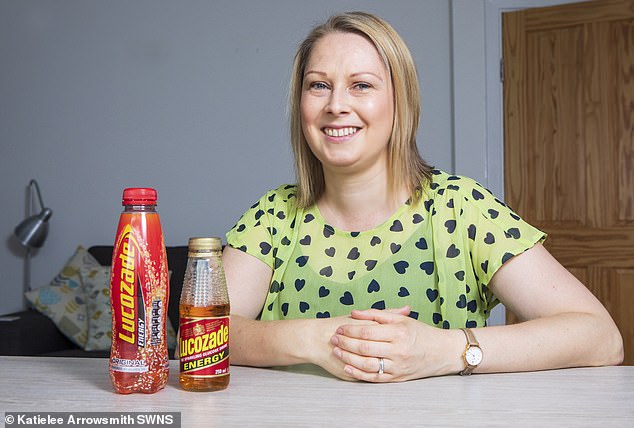 He had a little taste and we both agreed it tasted good, it was just like the original recipe but without the bubbles.'

When she was first diagnosed with diabetes, aged 12, medics told Paula that a small bottle of Lucozade would help her if she had a hypo.

The bottle would have gone out of circulation around 1998. In 2016, before the sugar tax was introduced, Lucozade halved it's sugar content.

Paula believes the introduction of the sugar tax was a 'nanny state' move, which restricts freedom to choose.

The community nurse said: 'I think it's a bit nanny state, we're all adults and can make our own decisions.'

A spokesman for Lucozade said: 'A drink this old has well surpassed its shelf life and so we wouldn't recommend drinking it.'