A young child told how they woke up to hear a man in a 'mean mood' hitting his estranged wife on the night he is accused of stamping her to death.

Shaun Dyson, 28, is accused of the murder of Lucy-Anne Rushton in the early hours of June 23 by repeatedly jumping or stamping on her at the family house in Andover, Hampshire, while children were at the property.

The witness, who cannot be identified because of their age, said in a video interview shown to Winchester Crown Court that they woke up at 4am and heard Dyson shouting at Ms Rushton and 'slapping' her. 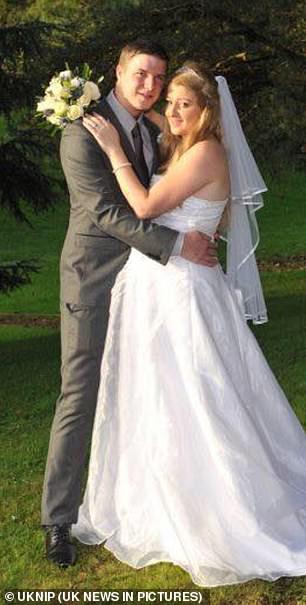 The child said: 'I woke up to loud noises and hitting. I did hear shouting.

'He was in a mean mood because I know what he is like when he is mean, so I know he was mean.'

They added Ms Rushton, 30, was speaking in her 'sad voice'.

The child said they were also woken up at 3am by 'shouting' which was 'scaring' them and then they heard Dyson order Ms Rushton to swallow her wedding ring.

They said Dyson said: 'Swallow the ring because we are not together,' and added: 'When I woke up I saw the ring on the stairs.' 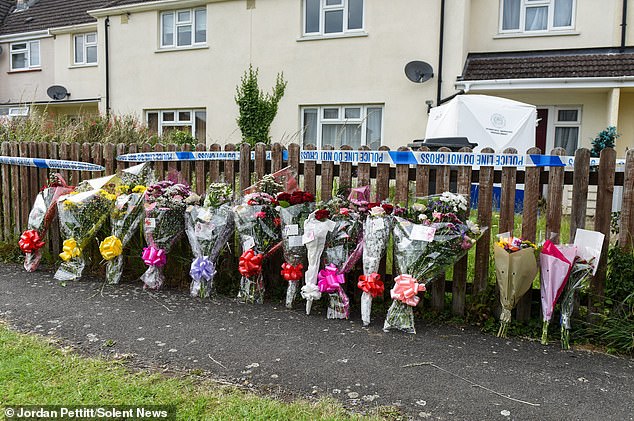 The witness said they later heard Dyson say Ms Rushton was not breathing and had thrown a jug of water in her face to try to wake her up.

They said: 'I heard splashing noises.'

The witness said they saw Ms Rushton in her bedroom and said: 'She was lying on her bed, she wasn't wearing any clothes.

'She was looking up with her eyes closed and she wasn't breathing.'

They said Dyson called for an ambulance and then saw him performing CPR on Ms Rushton.

The witness added they 'felt sad' because Ms Rushton had died.

The child said that on the previous evening, Ms Rushton had got drunk and added: 'We had fun, we were having a little dance party with roller skates.'

The witness added Ms Rushton 'had disco lights in the kitchen and we were all having fun, then she got drunk by drinking something.' 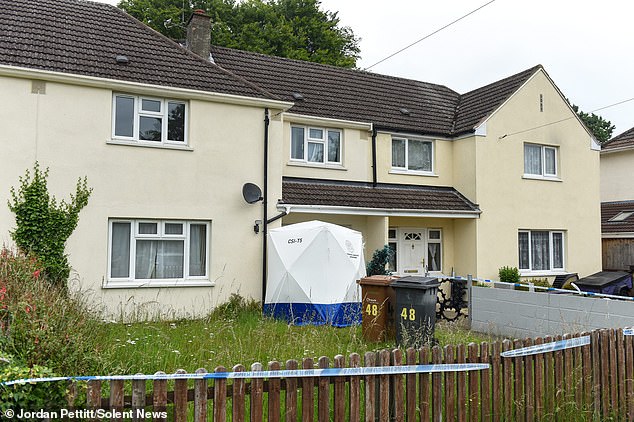 The child said when they had gone to Asda that evening, Dyson had punched Ms Rushton after she had slapped him in the car, causing her to bleed.

They added: 'She didn't really slap him very hard but he hit her in the head, he hit her with his fist. They were saying mean things. She kept shouting and crying.'

Simon Jones, prosecuting, has told the jury there was a 'history of domestic violence' between the couple, who married by eloping to Gretna Green in 2010.

Dyson, of Andover, Hampshire, denies murder and the trial continues.